Many of us have sung the carol ‘We wish you a merry Christmas’, but do we actually want to be brought a ‘figgy pudding’ at Christmastime? Well, according to the Telegraph, only one in five people aged between 18 and 35 eat Christmas pudding. Whilst Christmas pudding might be a beacon of the Christmas tradition, it seems that more and more youngsters are turning their noses up at the rich and fruity pud.

Although we still can’t get enough of this dessert (especially when drenched in booze and engulfed in flames) we can appreciate that it might not be to everyone’s liking. To keep everyone happy this year, we’ve thought up a few Christmas pudding alternatives, flavoured with something no one can resist; chocolate!

What is a traditional Christmas pudding?

A traditional Christmas pudding is usually a blessing for the designated Christmas dinner cooks: you can make it made weeks in advance, meaning the Christmas cook needs to only warm it up, splash brandy on top and light it up!

Rich, thick and dark, the Christmas pudding certainly is indulgent: dried fruits and spices such as nutmeg or cinnamon give this pudding a deep treacle flavour, and many people nowadays opt to add extra ingredients inside, such as candied ginger. If you want to add an extra depth of flavour to your Christmas pudding, we suggest pouring our 70% dark chocolate drops into the cake batter for a wonderfully moreish cocoa aroma and flavour.

Although we love to drench Christmas pud in brandy, most of the alcohol content burns off upon lighting it, meaning it is safe for children. However, the rich and decadent flavours of a Christmas pudding are sometimes a bit too much for the youngsters, and accompanying brandy butter (a type of buttercream containing brandy or cognac) isn’t age-appropriate. So what do you serve when the Christmas pudding gets the thumbs down from your guests?

The history behind the Christmas pudding

Before we get started on Christmas pud alternatives, let’s dive into the rich and wonderful history of this fruity dessert. Served today as a sweet treat to round off the Christmas feast, the Christmas pudding originated from a savoury meal, named pottage. In Medieval England, people would mix dried fruits and spices with fat, meats, grains and vegetables and pack them into animal intestines to preserve them. Lucky families, who could afford this luxurious food, ate it at the start of the meal rather than at the end. .

The preservation of the pudding was important – around 1540, the Roman Catholic Church decreed that a pudding should be made the weekend before Advent begins and roughly one month before the 25th December. This date was known as ‘stir up Sunday’. However, it must be remembered that dried fruits and cuts of meat were only exclusively available to the rich, as the poorer members of society wouldn’t have been able to afford such a lavish and decadent dinner.

Unfortunately, the eating of the Christmas pudding came to a halt in the 17th century. Allegedly, Oliver Cromwell believed that the pudding evoked too many Christmas ideals, and when he came to power in 1647 he banned it alongside Yuletide logs, carol-singing and nativity scenes.

In 1660, the pudding made its way back into the diets of the British elite, with George I allegedly serving the pudding at his first English Christmas banquet.

Christmas pudding as a sweet treat

However, it wasn’t until the Victorian era that the Christmas pudding evolved into something more closely related to what we would recognise today. Preserving methods got better and sugar and dried fruits became more plentiful. That meant that they could swap the meat content with ingredients we commonly find in a cake today, as well as more spices, dried fruits and sugar. They also substituted intestines with a cloth bag, although without removing the meat content completely – to this day, suet remains a staple ingredient of the Christmas pudding.

The Christmas pudding became further enshrined in British Christmas culture when Charles Dickens’ ‘A Christmas Carol’ characterised the dessert as “blazing in half of half-a-quartern of ignited brandy, and bedight with Christmas holly stuck into the top”.

During the Victorian era, the Christmas pudding also became a food of superstition. Families would sometimes add a sixpence into the mixture, and whoever found it in their slice of pudding would receive good luck. They would sometimes add a “bachelor’s button” or thimble into the mixture. Whoever received it would allegedly spend the next year alone.

The modern-day version of the Christmas pudding remains fairly unchanged from the Victorian recipe. You can still adapt the recipe by adding ingredients such as ginger, dried cranberry or fresh fruit such as apple.

As more and more people are able to be open with their dietary requirements, you can easily adapt the Christmas pudding to be gluten-free, nut-free, suet-free, dairy-free and more! If you’d like more help with planning a Christmas dinner fit for those with allergies, read our blog here.

Chocolate Christmas Puddings To Make Instead

The Christmas pudding may be a staple item in a festive feast, but its popularity might be dwindling in the UK. According to Tesco’s 2018 Christmas report, less than 50% of Britons eat Christmas pudding on the 25th December. So, with over half of your guests snubbing this yuletide treat, what do you serve instead?

We like to think that a bit of chocolate improves everything. For those who find the original recipe too rich after a Christmas feast, why not make a cranberry and white chocolate Christmas pudding?

By using less fruit and a lighter sugar (muscovado in the typical recipe gives a Christmas pud that decadent molasses flavour), your Christmas chocolate pudding will have a less dense texture, perfect for those with smaller appetites. Add in our 36% White Chocolate Drops for a creamy and subtly sweet finish.

If you’re not a fan of steaming a pudding, why not switch the water bath for the oven? A chocolate yule log is another Christmas classic, and it contains very few ingredients. Rhe sponge typically requires only eggs, sugar, and cocoa powder (although some recipes call for flour.

Do you have the time – and patience – to make a real showstopper? Why not make an elaborate layered Christmas chocolate cake, adorned with festive decorations? We think a chocolate ganache makes the perfect filling to a Christmas chocolate cake. It’s decadent and delicious, any leftovers of this cake go beautifully alongside a cup of tea on Boxing Day. Simply dot with our Waddle of Penguins for a tasty but oh-so-adorable decoration.

The beauty of a Christmas Chocolate Dessert is that there are no boundaries. You can make whatever you want, all in the name of the festive spirit! Whilst trifles are an obvious alternative to Christmas Pudding, why not get a little more inventive this year with a Christmas chocolate dessert of your own?

We think a chocolate torte is a beautiful way to end the meal. Halfway between a truffle and a cake, glam it up for Christmas with the addition of a touch of clementine. Just remember to use good quality dark chocolate for that nuanced cocoa flavour – we make ours with 70%-100% cocoa.

For a lighter Christmas chocolate dessert, why not opt for a white chocolate and berry pavlova? You can make the meringue a few days in advance – just make sure you whip the cream at the very end. Sprinkle with grated flecks of white chocolate for that unmistakable snowy look.

What if you don’t want to cook?

With all the food-madness of December, it’s easy to feel the heat of the kitchen when it comes to cooking. However, don’t put it on yourself to cook absolutely everything from scratch during this time of the month. Sometimes, a little bit of convenience is necessary, especially when you have only 25 days to tick 101 things off your list.

For a grand finish to the dinner, why not serve a wide selection of chocolates to your probably-very-nearly-full guests? The Grand Wreath Box is a showstopper in itself. It contains 18 different festive-inspired creations for you and your loved ones to tuck into, including six chocolate wreaths.

If you fancy all the flavours of a Christmas chocolate dessert, but can’t bring yourself to spend another second in the kitchen, then don’t worry – The Winter Puddings H-Box reinvents your favourite puds, bakes and desserts. Perfect for when you’re just about full, but can make space for a small sweet treat (who can’t?).

We think chocolate and booze are a match made in heaven, which is why a little tipple goes a long way when it comes to dessert. Our Salted Caramel & Clementine Chocolat Cream Liqueur works beautifully over ice, giving you both mellow cocoa notes and zesty clementine flavours. Or, for a refreshing palette cleanser, finish the evening off with our Mint Chocolat Cream Liqueur – nothing quite says Christmas like the flavours of peppermint and cocoa.

We love the tradition of lighting up a Christmas pudding on the 25th, and think that everyone should indulge in the fun. However, we appreciate that not everyone can get behind its treacly and rich flavour – whatever you choose to create for your Christmas dessert, we hope you feel sufficiently satisfied and (hopefully) stuffed. 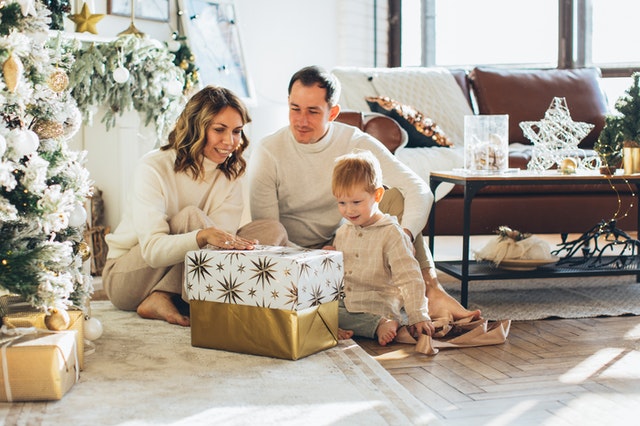 How to put together a Christmas Eve box 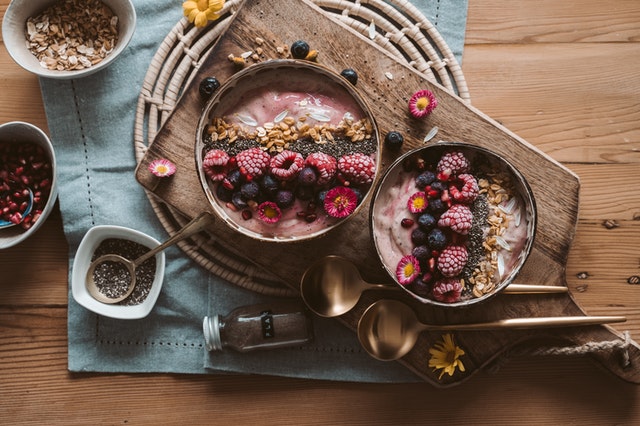 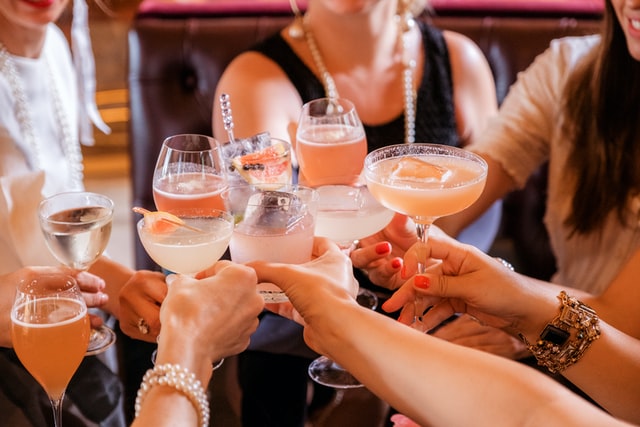 How to throw a New Year’s Eve cocktail party 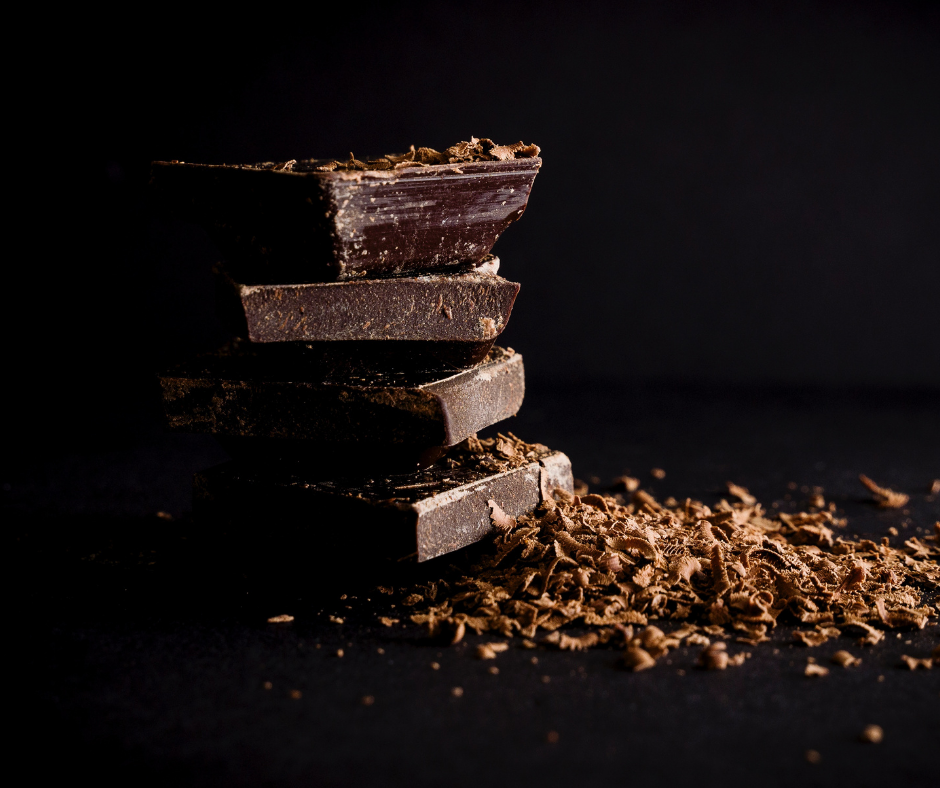 The best ways to enjoy 100% chocolate