Is Santa Claus real? Whilst most of us know how to answer that question, the real story behind Santa Claus is more realistic than you might think

Big white beard, bright red garments and cheerful chubby cheeks; everyone knows what to expect when they hear the words Santa Claus is coming to town. However, this legendary character hasn’t always been perceived in the same light, and is actually based on a religious figure, named Saint Nick.

Is it Santa Claus or Saint Nicholas?

Although Santa Claus may not be real, the idea of him being a generous gift-giver stemmed from the highly celebrated monk, Saint Nick. Born around 280 A.D. in the region we now know as Turkey, Saint Nicholas was famous for his kindness. His acts of donating large amounts of his inherited wealth to the poor and sick made him the subject of many legends.

As Saint Nick particularly focused his efforts on helping the young, he became known as the protector of children.

The tales about Saint Nicholas’ kindness span far and wide. Saint Nick was partially famous for defending people against imperial taxes and legal injustices, with one of the earliest documentations about him describing how he saved three generals from unjust execution for treason.

Another Greek legend claims he revived three scholars who had been killed and stored in a pickling tub. He also allegedly saved three girls from prostitution after their father, a widower, fell into desperate times.

As Saint Nick’s popularity spread over Europe, more and more people wanted to celebrate his acts of kindness. That’s why December 6 – the anniversary of his death – was chosen as the designated feast day, where families all over Europe would eat special treats in Saint Nick’s honour.

Saint Nick’s name started to take on a new shape when the Dutch nicknamed him Sinter Klaas, a shortened version of the original Sint Nikolaas. When many Europeans migrated to America during the 1700-1800s, they brought this tradition with them. Gradually, probably due to the development and blend of accents, Sinter Klass evolved into the name Santa Claus.

Whilst Sinter Klaas became known as Santa Claus in both the UK and the US, the Dutch have kept their tradition of celebrating Saint Nick, and still hold a celebration in his name every December 6.

As we’ll discuss below, Santa Claus’ story developed a little differently to Saint Nick – although the creation of Santa Claus was partly based off the kindness of Saint Nick, other factors played a big role in the evolution of a monk to a bearded man who flies in the sky and climbs down chimneys.

What is the story behind Santa Claus?

Whilst Saint Nick was clearly a selfless fellow, how is it that his image turned from being a death-defying saviour for those who were in desperate need of help, to a jolly old man who delivers presents once a year?

In America, the Dutch tradition of celebrating Sinter Klass became increasingly widespread, and the saintly figure cemented himself into US culture. Popularised by Washington Irving’s The History of New York in 1809, Sinter Klaas was uncharacteristically described as a “rascal”, wearing a blue hat, red waistcoat and yellow stockings.

Santa Claus became more of a gentle and friendly figure when Clement Clarke Moore’s ‘Twas The Night Before Christmas” poem in 1823 described him as a “right jolly old elf” with a portly physique and a magical ability to descend down a chimney with a simple nod of his head.

Santa Claus’ image became even more solidified in 1881 when political cartoonist Thomas Nast took inspiration from Moore’s poem, drawing a character with a white beard, carrying a sack filled with toys for good children. It is Nast who can be accredited with Santa Claus’ red suit with a white fur trim, his North Pole workshop, his elves and even his wife, Mrs Claus.

How is Santa Claus related to Christmas?

Saint Nick – or Santa Claus – may inspire festive thoughts, but they have nothing to do with the birth of Jesus Christ on the 25th December, the date we all celebrate Christmas. Although the UK tells tales about Santa Claus visiting each home on Christmas Eve, in the Netherlands December 6 is still the designated day for gift giving.

On the night of December 5, Dutch children put their shoes near the front door in the hopes that Sinter Klass (Saint Nick) will fill them with treats and toys. Sinter Klass also walks through the street with his helper Black Pete, giving out chocolate letters of the alphabet to youngsters who have been good.

Whilst the Dutch still keep the original date of Saint Nick’s celebration, in the UK, little ones anticipate Santa Claus’ arrival on the night of the 24th, and pay little attention to Saint Nick’s holiday. One of the reasons as to why this is is simple marketing tactics: by the 1840s, stores would use the newly-found image of Santa Claus to advertise Christmas shopping, with thousands of children flocking to see a life-size Santa Claus model in 1841 in Philadelphia, US.

Soon enough, the jolly lure of Santa Claus became synonymous with the idea of giving gifts at Christmas, and was used as a clever advertising trick to encourage people to buy more for others on Christmas Day.

Why does Santa Claus have reindeer?

The idea of Santa Claus being carried around in the sky on a sleigh pulled by reindeer has no correlation with Saint Nick, so where did this idea come from?

Moore’s poem helped to popularise this idea, coming up with the story that Santa Claus would fly from house to house on a “miniature sleigh” pulled by eight reindeer. However, the idea of the heroic Rudolph the Red-nosed Reindeer wasn’t born until 1939, when a department store started selling a story based on this shiny-nosed fella.

By 1939, the story had sold over two and a half million copies, and in 1949 it inspired the famous Rudolph song depicting Rudolph’s triumph over a foggy night.

Whilst reindeer and Santa Claus seem like an obvious pairing, this hasn’t always been the case: reindeer were initially introduced to America in a marketing effort to sell reindeer meat and fur to consumers. In an effort to encourage people to buy the meat, the marketers teamed up with a department store in a promotional Christmas campaign, featuring Santa being pulled by reindeers.

Although the reindeer meat market never really picked up in the US, it did spark off the idea of Santa being associated with reindeer. We can’t blame people for not wanting to munch on reindeer meat after seeing them help Santa deliver his presents – that’s why our Sleigh Team are the perfect treat, enabling you to admire their charm without any of the guilt.

That dreaded question. Although the image of Santa Claus incites excitement and amazement in children’s faces, there comes a time when they no longer believe that a bearded man in a red suit leaves gifts at the bottom of their bed every night before Christmas.

Whilst there is no man in the sky riding a sleigh pulled by reindeers, Santa Claus isn’t a completely made-up person – the inspiration behind this festive fellow stemmed from a monk, named Saint Nick, who was revered for his untold generosity and selflessness. Let’s take a closer look at how Santa Claus owes his reputation to Saint Nick.

Santa Claus around the world

In Britain, we know Santa Claus – or Father Christmas – as a big jolly fellow, wearing a red suit and special Santa’s hat. However, around the world, people have their own take on what form Santa Claus should take.

Tomte is a character which stems from Swedish folklore and has the appearance of a garden gnome. Tomte is famous for guarding farmhouses against bad luck, although he takes on a similar role as the Santa Claus that we’re familiar with, wearing a red suit and distributing presents to ‘good’ children.

Ded Moroz – translated as Father Frost – was originally depicted as a frightening figure who would kidnap bad children as punishment. However, over time he has become more of a friendly figure and now, on New Year’s Eve, he gives out gifts to children alongside his companion, Snegurochka the Snow Maiden.

In Russia, the gift-giving traditions don’t just end when December does – on January 5, children can also expect Babouschka to visit them with gifts. According to legend, Babouschka gave the wise men the wrong directions to Bethlehem in the hopes that they wouldn’t find Jesus. However, soon she became remorseful, but failed to find the wise men to undo the damage. In repentance of her act, Babouschka allegedly visits young children every year in the hope that one of them is baby Jesus and she will be forgiven.

Christkind, or Christ Child, is a female character who delivers gifts on Christmas Eve – far from the old bearded figure that we’re familiar with, Christkind has long, blond curly hair and an angelic presence.

This is a more biblical take on the idea of delivering gifts on Christmas eve, stemming from the idea that Jesus was the present left to Earth on December 24.

Instead of receiving presents on December 25, Spanish children have to wait until the twelfth day of Christmas before they get their gifts. Known as El Dia de los Reyes Magos, January 6 is the day the three wise men arrive at the nativity scene, bringing presents of gold, frankincense and myrrh.

The Italians have celebrated the arrival of La Befana since the 8th century; this friendly witch uses a broomstick to fly down chimneys and leaves gifts for well-behaved children on the night before January 6. The legend is similar to Babouschka’s tale – Befana feels remorse over giving the wise men the wrong directions, and so repents by using her broomstick to fly over the homes of good children, distributing treats and toys for them to enjoy.

In Britain, tales of a jolly Santa coming to town are rife in each household come December. We all know Santa Claus by his characteristic red outfit, the jingle of his sleigh bells and his loveable ‘ho-ho-ho’.

Although Santa Claus might not be real, he certainly leaves a lasting impression in everyone’s mind each year. We like to pay homage to this festive fella each year in our Christmas range; our in-house sculptress uses our very own moulds to create our edible Santas, resulting in a uniquely adorable chocolate which is almost too good to eat (almost!).

Santa Claus might not be physically coming to town, but in our store, he certainly is an impressionable figure! Now that you’ve learned the real story behind Santa Claus, we expect you’re in need of a treat – grab a mince pie, stir up a hot chocolate and relax. 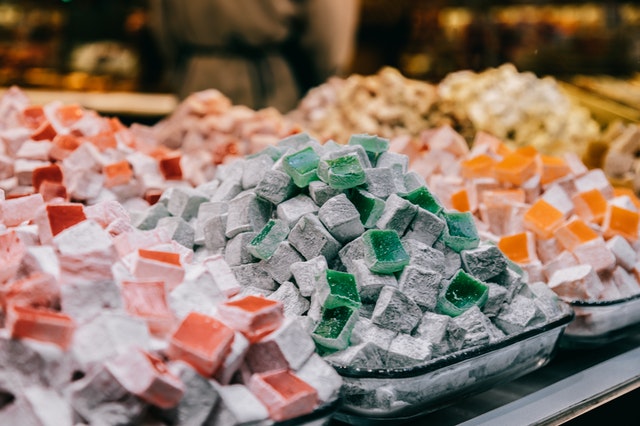 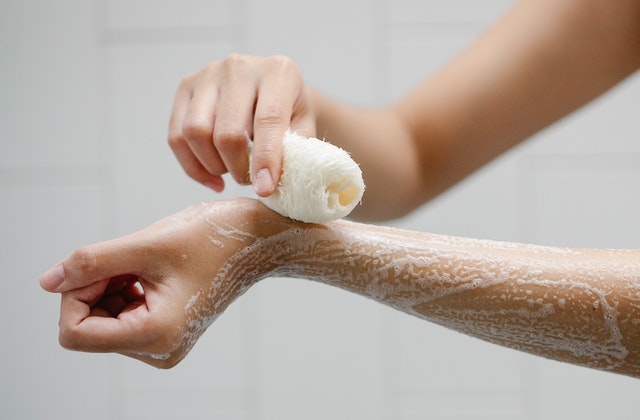 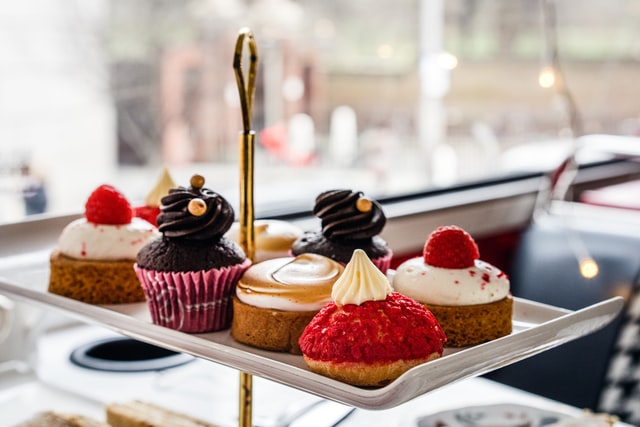 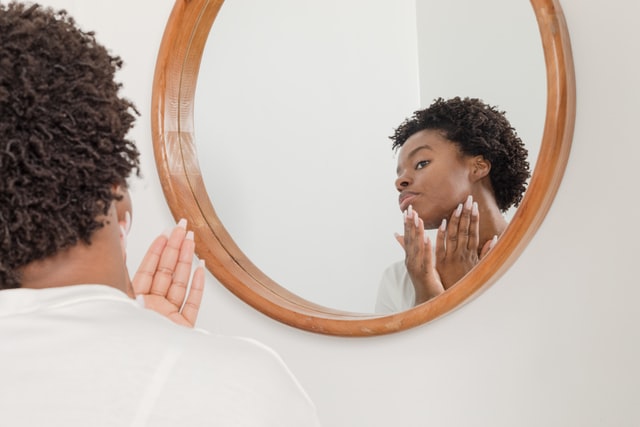