Ever wondered which delectable British desserts are the nation’s favourites? Here are a few that have provided our chocolatiers with inspiration

We British take pride in our puddings. It’s hardly surprising: after all, our nation has produced some dazzling desserts. As a country, we definitely have a few certified favourites which always return to our dinner tables. But which British desserts reign supreme?

We’ve tried to narrow down the deliciously wide selection of puds available to serve you the top 8 UK desserts. They’ve even provided us with plenty of inspiration for our patisserie chocolates — bitesize cakes and bakes, reimagined in top-quality, high-cacao chocolate.

Which are our the nation’s favourite British desserts?

Smooth, velvety banana, indulgent cream, gooey caramel and a light sprinkling of deep, rich chocolate makes for a simple yet decadent treat. Even the name is a delight to say! What’s more, it’s easy to whip up this crowd-pleaser in less than an hour, making it a favourite with guests and home chefs alike.

Often, banoffee pie is associated with America. But did you know that the original dessert was thought up by a Sussex restauranteur in 1972? It’s a true British classic!

Fancy trying banoffee pie in chocolate form? We can’t get enough of our Banoffee Pie Chocolate Selector. This generous slab of 40% milk chocolate features a topping of banana and cookies.

This deliciously moist cake originated in the 1940s when housewives added homegrown, sweet products to their bakes. Carrots were one of the more successful ingredients and, by 1943, the Ministry of Food certified a government-sanctioned recipe for this classic British dessert.

While it may have been a product of rationing, carrot cake has certainly stood the test of time and remains a cafe favourite up and down the country. Often topped with a tangy cream cheese frosting, it’s one of our favourite ways to get some veg in!

At Hotel Chocolat, we’ve put our own spin on this iconic British dessert. We can’t promise our Carrot Cake recipe mirrors that of a 1940s one, but it does carry all the subtle spice and moreishness of the real thing. Our award-winning recipe is topped with real carrot shavings, for an added touch of authenticity.

There’s something incredibly comforting about this creamy, smooth dessert. It features the perfect balance of sweetness and tang and a delightful contrast of textures. From an elegantly minimal baked vanilla recipe to an indulgent caramel variety, there’s so much you can do with the humble cheesecake.

Our favourites, however, have got to be the fruity ones. We’ve created a number of cheesecake flavours for you to nibble on. From passionfruit to strawberry, you can enjoy fresh flavours and recipes made with real fruit. Can’t decide? Take a look at Summer Desserts Sleekster to try three heavenly cheesecake treats.

The definition of an ‘oldie but a goodie,’ this mediaeval pudding has been adorning British recipe books as far back as the 18th century. One of the earliest recorded recipes for bread and butter pudding was published in 1728 by Eliza Smith in a guide to The Complete Housewife.

Made from bread, custard and raisins, this British dessert is incredibly easy to whip up. It’s also wonderfully comforting and perfect to eat after a hard day. Tempted to try this at home? Take a look at our Bread and Chocolate Pudding Recipe.

Another all-time classic. The humble crumble doesn’t need much exposition. Most of us in Britain are already acquainted with the buttery, gooey gloriousness of a crumble, combined with the crisp tang of apple, or the bittersweet-sharpness of rhubarb.

Yet again, wartime rationing provided us with this dessert. In order to create a dessert with less fat (butter and lard were in low supply at the time), people would add wheaty toppings to bulk the dish out.

This British dessert is firmly cemented in our home cookbooks. The only question to ask is: do you prefer custard, cream or ice cream to go alongside it?

Ah, the brownie. Loved by all, a chocolate brownie just never seems to get boring, no matter how many times we eat it. Perhaps this is because you can get so many variations of it: sometimes, it can be wonderfully dense and moist, almost like a chocolate ganache. Other times, it’s lighter and crumblier, taking on a more cake-like shape.

Brownies are very versatile, complementing a range of flavours. For the home cooks who like to get inventive but don’t want to go too over the top, a brownie is just the treat. We like to add salted caramel to our Brownie Selector, doubling in with a crisp layer of praline and a generous lashing of 40% milk chocolate.

If there ever was a dessert made for the summertime, it would be an Eton Mess. It might be just us, but we can eat spoonfuls of the stuff in impressive quantities. It’s light, fragrant and undeniably satisfying. The crunch of meringue pairs beautifully with smooth double cream and plump, British grown strawberries.

With its origins lying in Eton College, there’s no denying this pudding’s British credentials. It was first mentioned in writing in 1893, likely served at a cricket match against Harrow School.

We love this British dessert so much that we couldn’t resist making our own. Our White Chocolate Eton Mess Selector contains all of the components of a classic pud. Real strawberries are mixed into our mousse, whilst meringue bites are scattered over the top of 36% cocoa butter white chocolate.

We’re lucky enough to have countless dessert options available to us. We might not be able to recreate all our favourite British desserts but we can certainly give it a go! Our

Patisserie Chocolate range takes the nation’s favourite cakes, bakes, and puddings, and reimagines them in chocolate form. They’re perfect for when you’re not quite in the mood for baking, or for when you fancy more than one treat.

Which of these irresistible British desserts will you go for next? 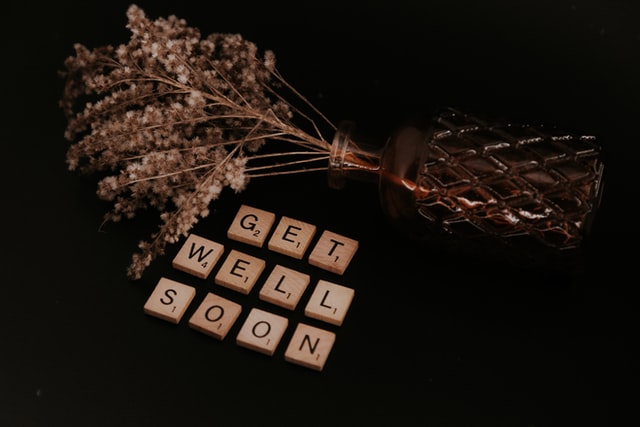 How to put together a get well soon hamper 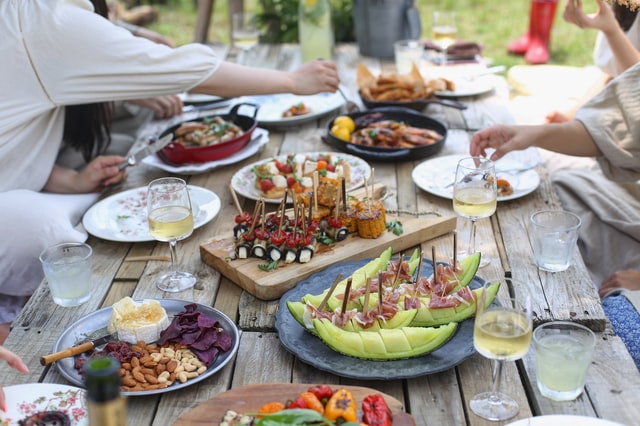 How can I host the best BBQ? 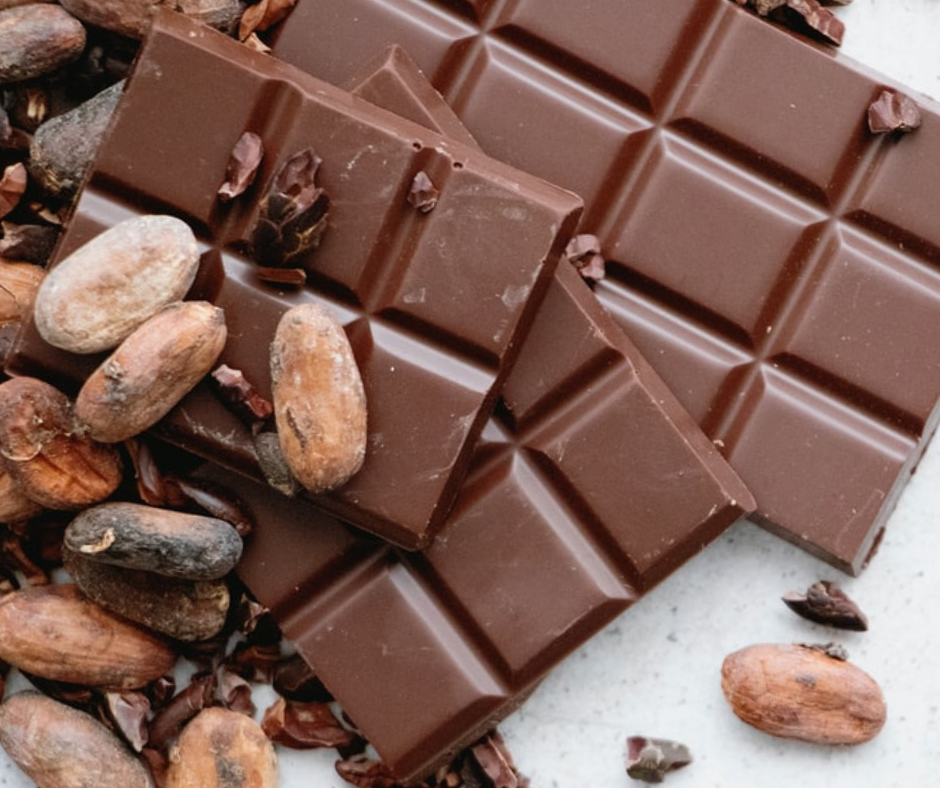 What is Bean to Bar chocolate? 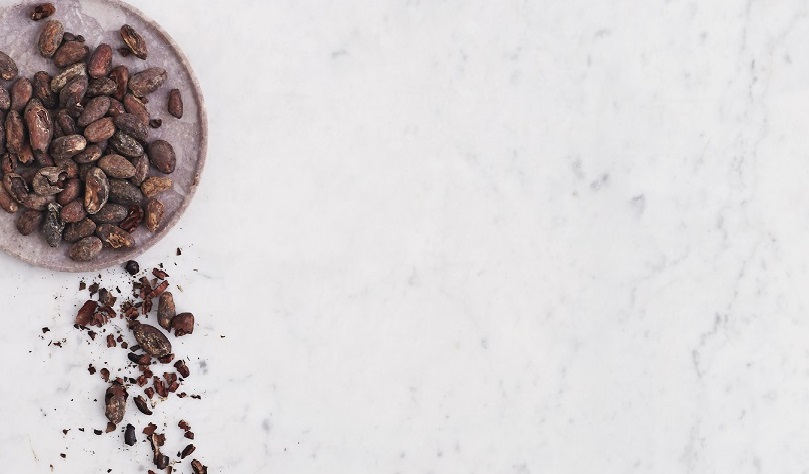