Sorry, it appears you are using a browser that is no longer supported by Hotel Chocolat. Please upgrade your browser to a newer version to continue a secure shopping experience.
Home The History of Hot Chocolate

The History Of Hot Chocolate

As you wrap your hands around hot cocoa and steam rises, every wonder where it all began? Trace the history of hot chocolate, march with Mayans through to 2018. This way for perfect hot chocolate at home.

What did the Mayans drink?

Cast your mind back 3,500 years. Mayans worshipped xocolatl (or bitter water) made with crushed cocoa, cornmeal and chilli pepper. Their drinking chocolate cup of choice? Large vessels with spouts, coveted, yet not so practical. To create a foam they would pour liquid back and forth between bowls from a height – like ancient baristas.

Montezuma II, Aztec emperor of Mexico stockpiled cacao from those he conquered. Clearly thirsty work, he drank 50 golden goblets of the chocolate elixir a day. He insisted it was for the select few (himself), nobles and royalty.

Those willing to fight were also deemed worthy. Aztec warriors were powered by cocoa. Drinking chocolate was a regular part of their military rations; every soldier on a campaign received ground cacao pressed into wafers, ready to mix into water.

“This drink is the healthiest thing, and the greatest sustenance of anything you could drink in the world, because he who drinks a cup of this liquid, no matter how far he walks, can go a whole day without eating anything else.” 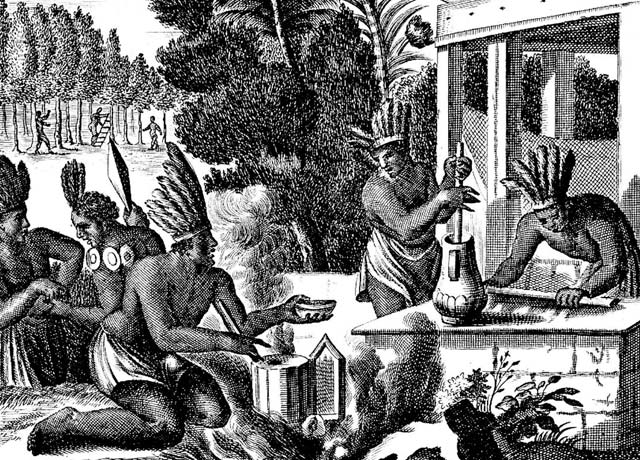 Bad news for the Aztecs. Cocoa caught the beady eye of conquistadors. Cocoa can’t be blamed for the fall of the Aztec empire, yet it was a prized part of a conquering haul which set sail for Spain. In the early 1500s, explorer Cortez presented cocoa beans to the court of King Charles V. Loved by royalty, the bitter drink was adapted. Chilli pepper was vetoed in favour of sugar. Cold drinking chocolate evolved into Spanish hot chocolate. 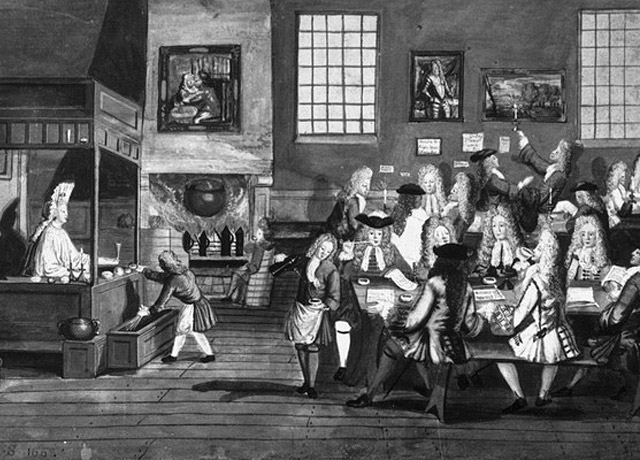 "Waked in the morning with my head in a sad taking through the last night’s drink... so rose and went out... to drink our morning draft, which he did give me in chocolate..." 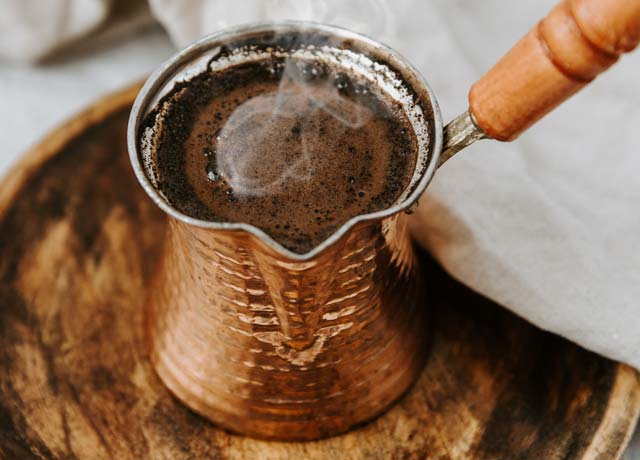 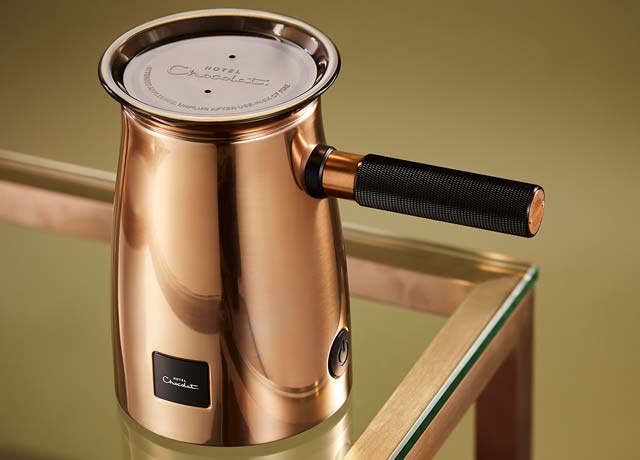 Early Mayans knew the importance of a good cocoa foam. But it took strenuous work to achieve it. Their ingenious wooden ‘molinillo’ inspired our electric version.

How to make hot chocolate like a pro? Take a short-cut through history with the Velvetiser designed by Hotel Chocolat and engineered by Dualit. First add dairy or plant milk, then real chocolate flakes made with more cocoa, less sugar. Next push the button for an effortless velvety finish. How long to wait? Under 2.5 minutes.

"It made me dance, it made me Velvetise” - The Guardian