New Year’s Eve starts with a countdown, and usually ends with a hangover – but that’s all part of the fun! Every household celebrates New Year’s Eve in their own special way (at Hotel Chocolat, we like to make ours full of chocolate).

As it only comes around once a year, we are always full of anticipation for the next New Year’s celebrations. If it’s fallen to you to host this year, it’s easy to feel the pressure of a New Year’s party mount. Don’t let stress get the better of you! We’ve put together a guide on how to make your next New Year’s Eve party the best one yet.

Why do we throw New Year’s Eve parties?

In modern society, many of us associate New Year’s Eve with nights out, food and booze. However, New Year’s Eve celebrations were once a religious event, with the ancient Babylonians celebrating it some 4,000 years ago.

New Year’s Eve through the years

For the Babylonians, New Year’s Eve was held in late March. This was the day where there was an equal amount of sunlight and darkness – what we now call the equinox.

Rather than calling this event New Year’s Eve, the civilization hailed it “Akitu.” This etymology stemmed from the Sumerian word for barley cut during the spring. For the Babylons, this religious celebration was synonymous with new beginnings, fresh harvests and plentiful bounty.

March wasn’t the only date which ancient civilizations would hold their New Year’s Eve celebrations; the Egyptians believed the New Year began with the annual flooding of the Nile. Meanwhile, historians believe that the Chinese New Year began some 3,500 years ago, and was celebrated on the first month in the Chinese lunar calendar.

So, why do we hold our New Year’s Eve celebrations on the night before January? Well, we have the Roman civilization to thank for that. Julius Caesar worked with the most esteemed mathematicians and astronomers in 46. BC, introducing the Julian calendar.

Under this new type of calendar, January 1 was designated as the first day of the year. Named after the God Janus, this celebration represented new beginnings, as Janus allegedly had two faces which could look into the future and the past.

The Romans would celebrate their own version of New Year’s Eve by offering up sacrifices to Janus, exchanging gifts with loved ones, hanging up decorations and throwing extravagant parties. We’re sure the Romans loved to party just as hard as us Brits do nowadays!

In Medieval Europe, January 1 slowly began to have more religious meaning behind it, with religious leaders temporarily switching the January date for days of the year which had more religious precedence, such as December 25. However, when Pope Gregory XII came to power in 1582, New Year’s day was reestablished in January, under the Gregorian calendar; the calendar that most Western civilizations use today.

In England, New Year’s Eve is normally celebrated with music, parties, great company and, most importantly, booze! However, other cultures have their own ways to celebrate.

In Spain, many people congregate in Church squares awaiting the 12 strokes of midnight. Each time the bell chimes, they eat a grape; totalling 12 grapes in around 30 seconds! Whilst this tradition is meant to bring good luck, we can’t help feeling participants might want to hold off on the booze until after they’ve eaten the grapes to avoid any unhappy accidents.

Colombians hope for a well-travelled New Year. As the clocks strike 12, one tradition is to carry an empty suitcase around the block, in a bid to increase the likelihood of more holidays in the new year.

Whilst us Brits pop open Champagne bottles to celebrate New Year’s Eve, the Danish take starting off the New Year with a bang rather literally. Denmark residents throw plates, jugs, glasses and mugs against the door in the hopes that they could ward off bad spirits.

Just as us Brits make our own New Year’s resolutions, Russian people make wishes. However, whilst we start our New Year’s resolutions once we’ve battled through the hangovers of the next day, Russians write their wishes down on New Year’s Eve, burn them and then throw it into a glass of bubbly. They then must drink the champagne before the clock strikes twelve.

As the clocks strike twelve in Turkey, residents open their doors and sprinkle salt on their front doorstep, in the hopes that they will experience peace and abundance in their homes and businesses.

As the days draw closer, you might be starting to worry about how you go about organising the most memorable New Year’s Eve party. Don’t worry – we’ve got you covered. Follow our New Year’s Eve party checklist to make sure yours will go down in history.

With all the New Year’s Eve celebrations going on, it’s important to line the stomach to make your night even more enjoyable. However, you also don’t want to overdo it with the food selection – overeating, mixed with alcohol, can result in guests crashing early and missing that all-important countdown.

To avoid this dilemma, serve party foods which can be nibbled on throughout the night. Picking a theme is a good way to get a bit of extra fun into your food selection: serve miniature tortillas de patatas for a Spanish-themed feast, individual nachos topped with guac and salsa for Mexican, or spring rolls for a Chinese-inspired spread.

Alternatively, you could save yourself the chore of all that food prep (not to mention the washing up) by telling guests to eat at home instead. However, don’t skimp out on the snacks completely; offering sweet treats can be a great way to put a smile on their faces, without having to worry if there’s enough food to go around.

Leave it to us

Serving bowls of fruit dipped in chocolate is always going to be a winner – The Fruit in Chocolate Collection sees plump cherries, sultanas and orange pieces dipped in dark chocolate and steeped in premium alcohol for a rich and boozy taste. Or, for an instant crowd-pleaser, The Mellow Baton Library serves 45 solid chocolate batons in our signature milk, caramel and white so there’s something for everyone.

If you do decide to lay on a spread and host a New Year’s Eve dinner party, then make sure that you don’t give yourself too much to do. Remember, you don’t want to be flapping around at the last minute in the kitchen. Although you may choose to make the main course, why not leave the dessert section to us? The Patisserie Luxe boasts all of your favourite cakes, tarts and puds, reimagined in chocolate form. It doesn’t get better than that.

If your main aim is to impress, then we’ve got the ideal showstopper: The Signature Cabinet stores 147 chocolate creations safely in its drawers. Filled with caramels, truffles, pralines and more, this display of cocoa is truly a star. We suggest serving before the alcohol amnesia starts to kick in – you won’t want to forget any of these delicious morsels!

If there’s one thing a New Year’s Eve party isn’t complete without, it’s booze. And, whilst we’re more than partial to a bottle of bubbly during New Year’s celebrations (we could never turn our Prosecco down) it’s fun to get creative with alcoholic concoctions every now and then.

For a rich and sumptuous drink, served neat over ice, our Salted Caramel Vodka Liqueur is the perfect option for when you need something that feels just that little bit more decadent. Of course, we wouldn’t blame you if you wanted to shot it. Just remember to drink responsibly – warming notes of vodka combined with the indulgence of salted caramel makes the liqueur all the more moreish.

For a simple drink that’s sure to be a crowd-pleaser, our Cocoa Gin is the obvious choice. Juniper, macadamia, coriander, grapefruit and orange give this gin a wonderful citrusy backdrop, mellowed with toasted notes of cocoa shells. Pour over ice, serve with a tonic of your choice and garnish with a twist of orange peel. Crisp and clean flavours, bottled.

It’s important to remember that not everyone drinks alcohol, which is why you should always have alternatives available at your New Year’s Eve party. Offer a selection of fresh juices and classy soft drinks to your alcohol-free guests to ensure that they feel satisfied, and can raise a glass along with everyone else as the clock strikes twelve.

If your New Year’s Eve party is going to take the form of a dinner party, you’ll probably want to serve some sort of dessert wine at the end of the night to finish the meal off. However, ensure you have a delicious alternative for your alcohol-free guests. You can serve our 85% Dark Hot Chocolate in miniature cups, offering a punchy cocoa finish to the end of the night. Alternatively, a small cup of our Dark with Mint Hot Chocolate acts as a beautiful palette cleanser.

How to involve kids at a New Year’s Eve party

Children tend to get all too excited at the thought of staying up past midnight. Although most youngsters don’t make it to the hour, this doesn’t mean they can’t join in on the fun! Setting up a cinema room, away from the noise of the New Year’s Eve party, is always going to be a winner – especially if you present them with delicious snacks! Hand each little one their very own goody bag from our Chocolate Selectors, turn on the TV, get the blankets ready and watch them snuggle down into bliss!

If your kids aren’t going to settle down for a cosy and quiet TV night, then why not come up with some party games that everyone can join in on? Sometimes, the classics are the best (especially after a few glasses of wine) – pin the tail on the donkey, musical statues and wink murder all evoke giggles in youngsters and big kids alike! The cherry on top? Offer up a prize to the winner – we think The Everything H-Box of Chocolates ticks all the right boxes when it comes to prize-winning.

Hopefully, you’ll now be more confident in throwing a New Year’s Eve party to remember. Carry on old traditions, or make new ones this New Year’s Eve 2020 – whether you’re shotting champagne or breaking plates, Happy New Year from the Hotel Chocolat team. Cheers to that. 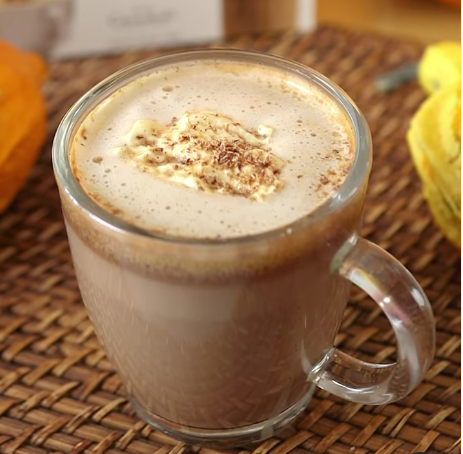 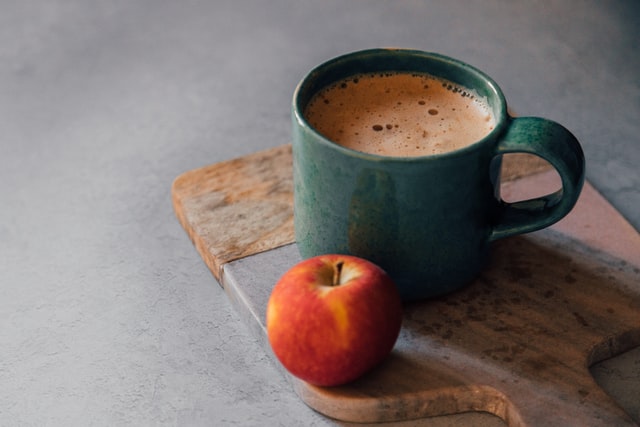 How to dazzle your friends with luxury hot chocolates and cocktails 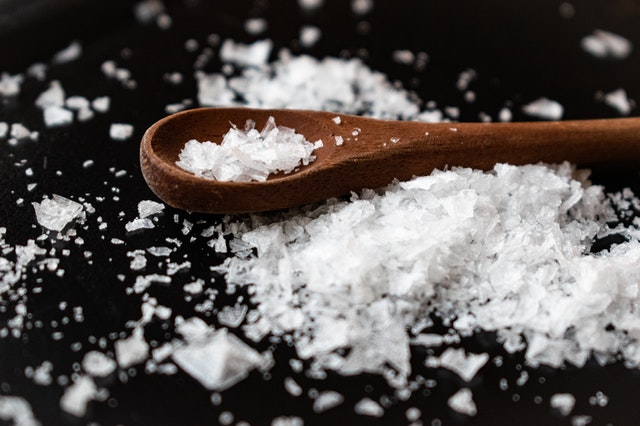 The beauty of sea salt chocolate 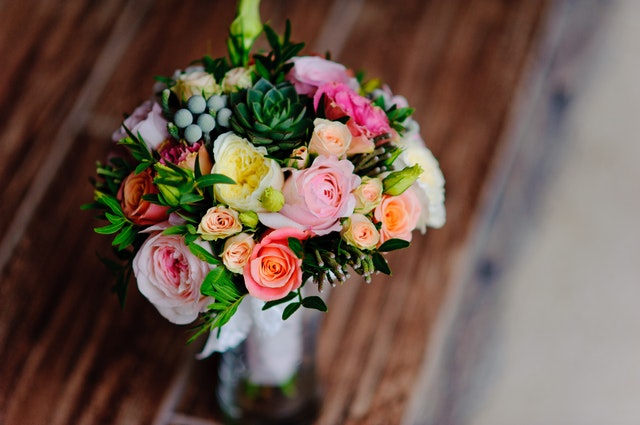 Why are flowers and chocolates such a classic gift combination?