We’ve all heard of a Brownie, but you may be less familiar with its sweet cousin, the Blondie. No, we don’t mean the 70s rock band! Blondies are a lighter alternative to a traditionally deep and cocoa-rich delight. But what exactly is the difference between a Brownie and a Blondie?

Whilst you may already love the fudgy and chocolatey flavours of a typical Brownie, this doesn’t mean you should automatically shun Blondies. We’ve taken a look at what the difference is between a Brownie and a Blondie to ensure you know exactly what you’re getting when you order one. We’ll also look at whether Blondies and chocolate can co-exist together (spoilers – they can!)

What is the difference between a Brownie and a Blondie?

The key difference between a Brownie and a Blondie is that a Blondie lacks cocoa completely. This is why many people refer to it as the vanilla option. We take inspiration from this light and sweet treat in our Blondie chocolate.

Think smooth, custard-white chocolate brimming with crispy caramel and crunchy wafer pecan praline to emulate that nibbly, baked crust of the real thing. This Blondie chocolate is our own take on the authentic baked good, while still staying true to the no-cocoa solids rule.

How do you make a blondie?

Unlike a Brownie, Blondies don’t contain any cocoa powder. Other than that, the recipe is fairly similar. Both contain flour, sugar, butter and eggs, although you’ll often add vanilla extract to a Blondie to replace the cocoa powder.

As these mouth-watering indulgences are essentially from the same baked-family-tree, this means you can fill them with virtually anything (within reason, of course). Chopped nuts, dried fruits, toffee, fudge, and sweets all work well in both Brownies and Blondies, although you may want to consider what flavours work well with the richness of a Brownie in contrast with the lightness of a Blondie.

Because Blondies have a vanilla reputation, you’ll often find them peppered with white chocolate chunks. Because of its high sugar content, white chocolate can sometimes be difficult to bake with, as it is more likely to catch when heated. Don’t let this put you off attempting to make your own Blondies! Our guide to white chocolate tells you everything you need to know about this smooth and understated wonder.

When asking what is the difference between a Blondie and a Brownie, taste is a big factor that must be considered. Think of a light, subtly sweet cookie flavour, with the added bonus of caramelisation from the cooked crust. This is one of the things that sets a Blondie apart from a Brownie: whilst a Brownie tends to be rich and sumptuous in flavour, a Blondie has more of a delicate taste. They’re perfect for when you need to satisfy a sweet tooth but aren’t looking for anything too decadent.

Most recipes call for light brown sugar to make a Blondie mixture. This gives them a slightly caramelised taste and adds an extra depth of flavour. The mixture is relatively simple and there’s nowhere to hide when it comes to taste. This means you should use the best ingredients (like our 36% cocoa butter white chocolate) to really get the most out of your baked treats.

What is the texture of a Blondie?

Often, Blondies get the unfair reputation of being a cookie bar. We think this is completely outrageous: the Blondie goes above and beyond the simple cookie. Blondies should have a crisp and buttery exterior which makes a subtle crunch as you cut the cooled mixture into squares.

Inside, expect to bite into something which is fudgier than a cookie, but lighter than a Brownie. Soft on the inside, Blondies have a velvety texture like no other. Just make sure you don’t overdo them: due to the high sugar concentration, Blondies can quickly turn dry and bitter if burnt. However, this shouldn’t be too hard: unlike Brownies, Blondies are light in colour, which makes it easy to spot whether any areas are getting burnt on top.

Why are they called Blondies?

Brownies may have a more common name than Blondies, but it was allegedly the Blondie that came first! Food historian Andrew F. Smith writes in The Oxford Companion to American Food and Drink that the Blondie may in fact have been the predecessor to this popular treat.

According to Smith, the first recipe which appeared similar to the modern-day Blondie arose in the late 19th century. These baked treats got their golden hue from molasses, a thick and treacly substance which was a common sweetener during the time. It wasn’t until the early 20th century that chocolate made its way into Britain, and therefore it is extremely unlikely that there were any hints of chocolate in the original recipe. To read more about the dark and mysterious history of chocolate, click here to learn where chocolate was invented.

Because of their light appearance, these molasses brownies earned the nickname Blonde Brownies during the mid 1900s. Over time, this shortened itself to Blondies. It’s just as well these two confections have their own titles: both deserve an individual celebration for all their deliciousness!

Do Blondies have chocolate in them?

OK – so whilst Blondies don’t contain cocoa powder, this doesn’t mean that they’re devoid of all chocolate! Contrary to the unfathomable claim that white chocolate isn’t really chocolate, most people stuff Blondies with chunks of melting white chocolate. This adds a delicately sweet flavour, and if enjoyed warm, promises silky molten chocolate to contrast with the crisp chew of Blondie. Just make sure you use high cocoa butter percentage white for a taste that isn’t too sweet and a texture that is sumptuous and velvety (we never go below 36% in ours!)

Of course, you can always throw in milk or dark chocolate chunks to your mixture for a deeper flavour. Or, drizzle some melted chocolate over the top of your cooked batch of Blondies. We suggest tossing in chopped nuts as well. Stir in some macadamia, walnut or almonds into your mixture for added crunch and a nutty undertone that somewhat tempers the Blondie’s sweetness.

We hope we’ve fully unmasked the differences between a Brownie and a Blondie, giving you enough confidence to create a batch for yourself! The beauty about a Blondie is that it offers a blank flavour canvas for you to experiment with!

Be daring, be bold, be adventurous, and create your own Blondie to impress your family with. We’d love to see what you’re getting up to in the kitchen: send us a tweet or tag us on Instagram with your latest cocoa culinary experiments at @HotelChocolat. 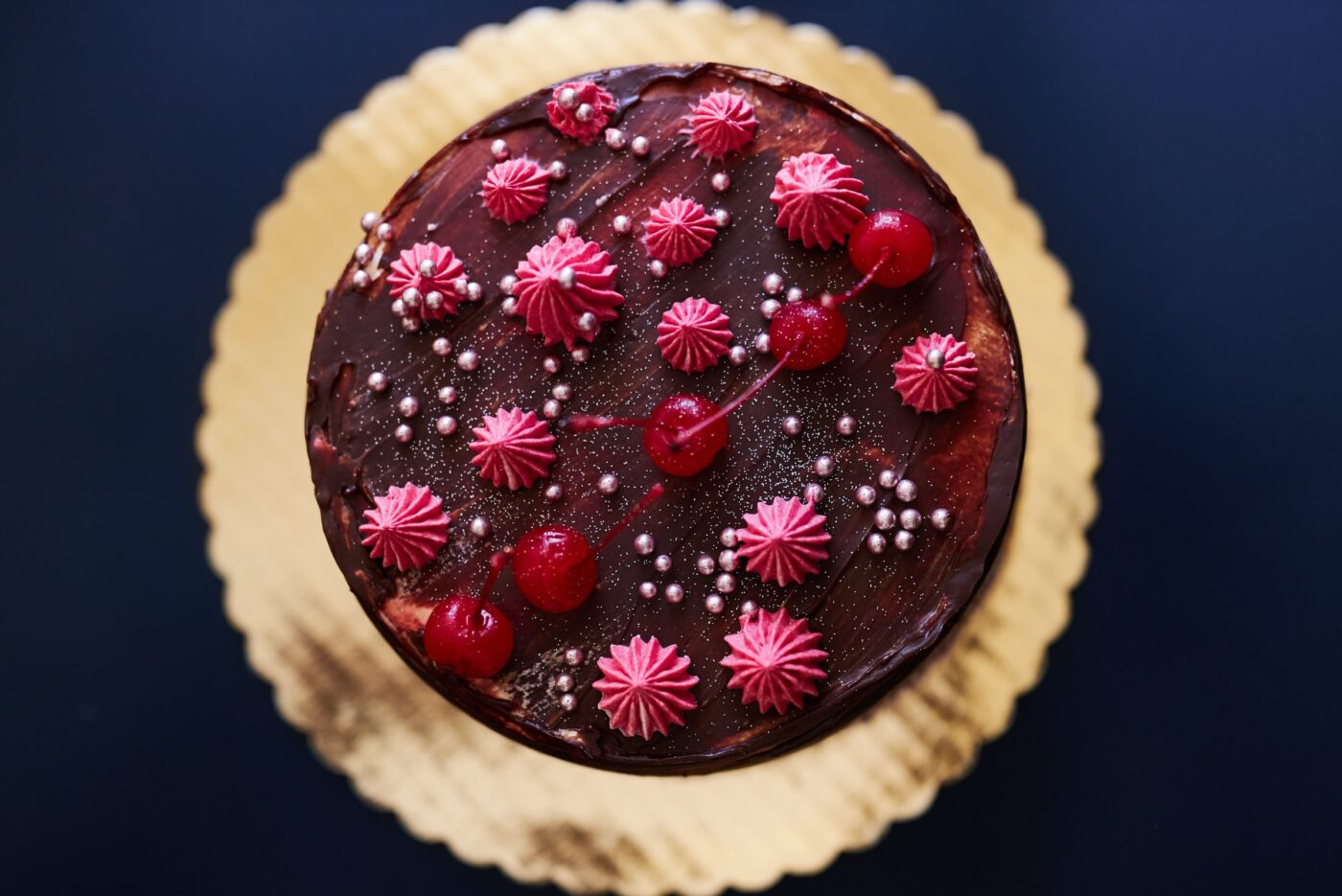 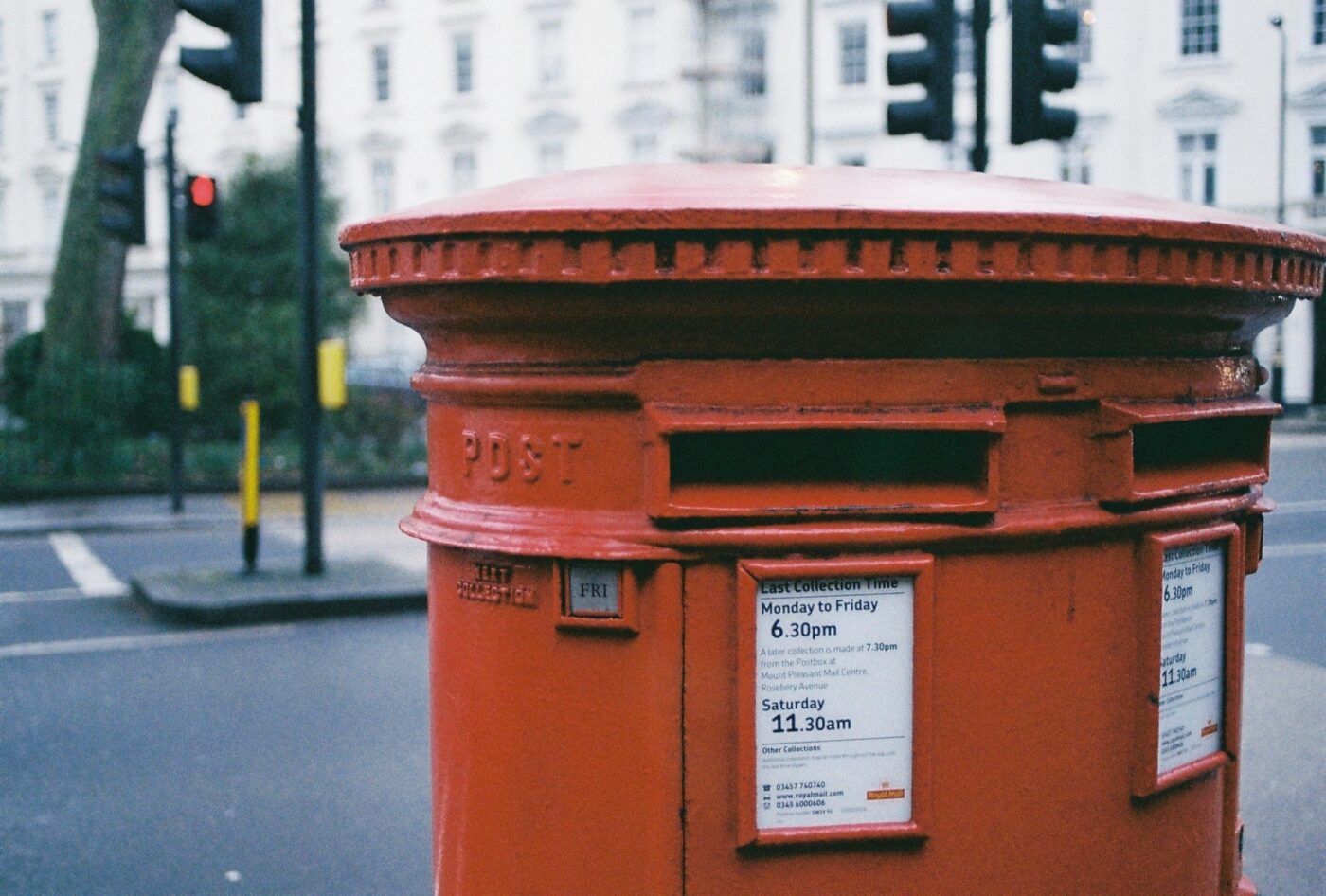 Find the perfect chocolate subscription for you 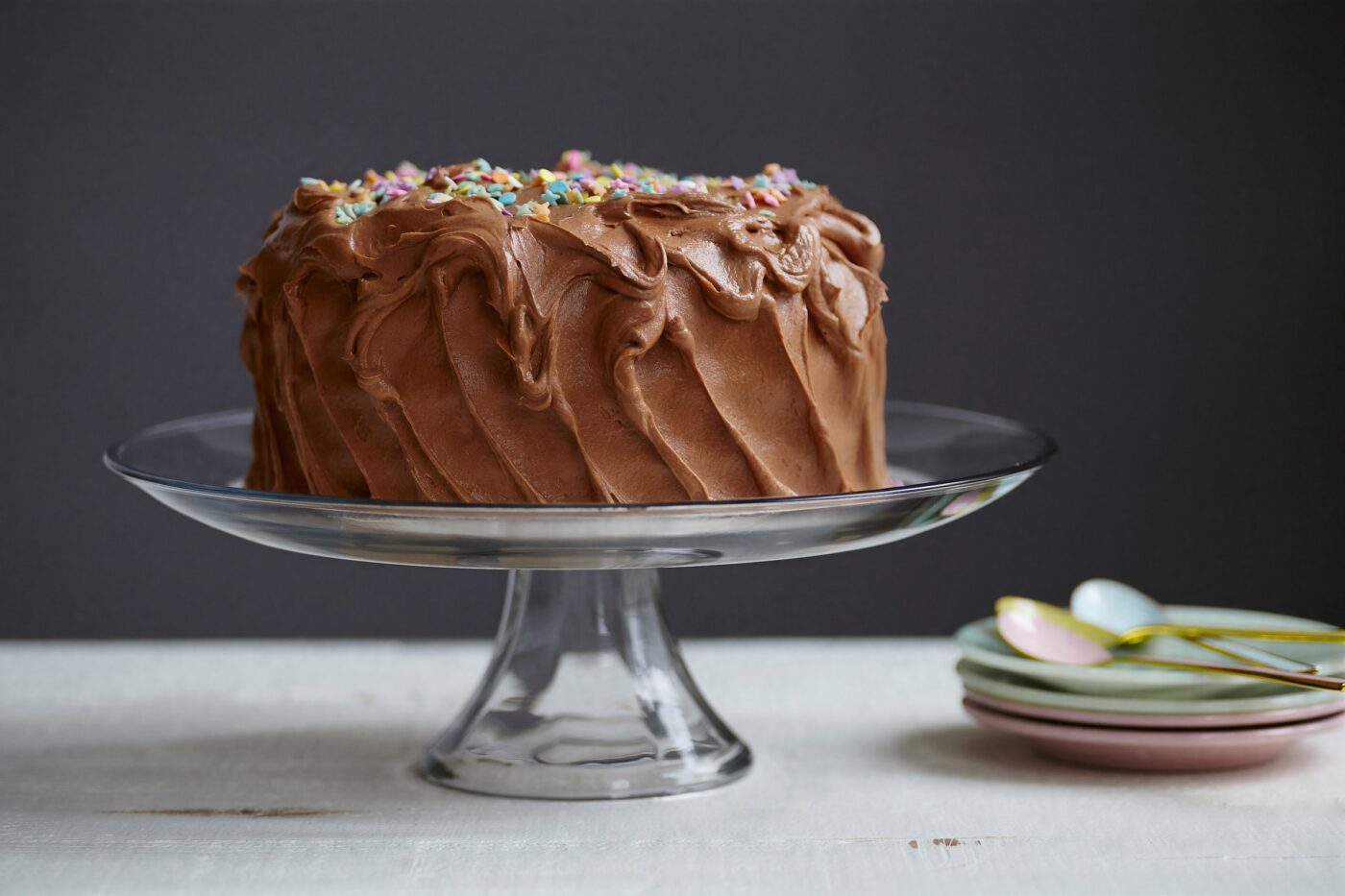 How many types of chocolate cake are there? 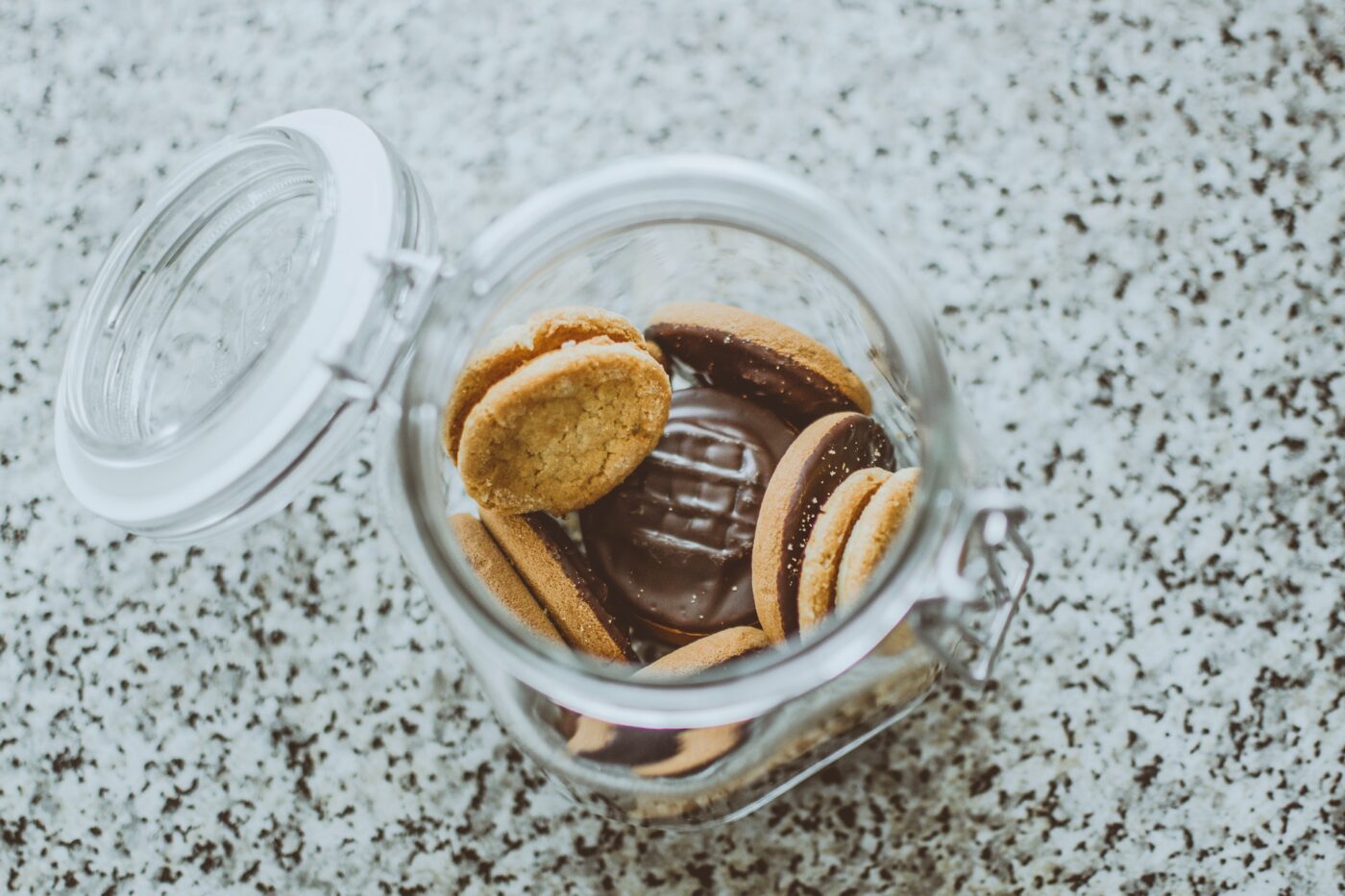