Think you know everything about chocolate? Take our quiz to find out!

Calling all chocoholics out there – you might think of yourself as a bit of a cocoa connoisseur, but how much do you really know about chocolate? If you’ve been keeping a close eye on our blogs, you’re probably pretty well stocked up on chocolate facts and figures – we’ve covered everything from whether chocolate is actually good for you, to all you could need to know about the cocoa bean.

We’ve put together a chocolate quiz to help you brush up on your knowledge so that you can impress your fellow chocolate-devotees with your in-depth knowledge on this irresistible treat.

2. What colour should you look for in a high quality white chocolate?

A. Creamy and golden

3. If you smell chocolate, you are more likely to…

4. Where was the first solid chocolate bar made?

5. Can you get milk chocolate without sugar?

6. What did people in Mesoamerica use cocoa beans for?

A. As a currency

B. For building things

7. How many cocoa beans do you need to make one 250 gram bar of chocolate?

8. A bar of chocolate gave rise to what common kitchen appliance?

9. What has more sugar, our 70% dark chocolate or our 65% Supermilk chocolate?

Although cartoons have conditioned us to believe that mice would love nothing more than tucking into a square of cheese (and preferably the holey kind), it actually turns out mice would much rather eat something else.

Rich and strong-flavoured cheese is not something that mice would come across in their natural environment, and so it is likely that they would forgo the dairy-based food for something a little sweeter. Dr David Holmes said they’d rather eat things closer to their normal diet such as cereals, dried fruits, and man-made sugary foods such as chocolate. So, next time you’re trying to lure some mice, keep the cheese for yourself!

A trial in a Belgian chain bookstore found that, by making the shop smell like chocolate, their book sales increased by over 5%. This might not seem like a great deal, but when the study was replicated in a Canadian bookshop and cafe, the results were much clearer.

First, they identified “congruent” book genres (that they thought related to chocolate), such as romantic literature, recipe books and books about food and drink. They also chose non-chocolate related, or “incongruent” book genres, including history, crime, thrillers and mystery novels. After a month’s randomised trial, the research found that when the bookshop smelled like chocolate, they sold 22% more “incongruent” books, and 40% more congruent genres!

Despite countries such as France, Belgium and Switzerland claiming that they make the best chocolate in the world, Britain deserves the title as the mother of chocolate. The first chocolate bar was made in Britain in 1847 by Joseph Fry and his son, who pressed a paste made from cocoa powder and sugar into a mould shaped like a bar. Although this type of chocolate may have been a lot more bitter than the chocolate that we’re used to today, we’re proud to say that solid chocolate owes its heritage to the UK.

Milk chocolate is known for its comforting sweetness, which is why the majority of milk chocolates do have added sugar. However, we thought we would try a revolutionary new style of chocolate called Supermilk Pure, which has 80% cocoa plus creamy milk; and nothing else. The naturally-occurring sugars in the milk give it the sweetness it needs without being bitter, letting you taste all the nuanced notes of the cocoa bean, without the sugar.

Our mantra is more cocoa, less sugar. Many other chocolate brands cut down on the cocoa and up the sugar or sweetener, simply because it’s cheaper. A lot of their milk chocolates have only 20-25% cocoa in them; whereas ours range from 40%, 50%, 65% and the 80% of our Supermilk Pure.

The Mayans, one of the oldest civilisations on the American continent, used cocoa beans as a barter currency to trade items such as tobacco, maize and cloth. Researcher Joanne Baron found that Mayan kings also collected cocoa beans from their subjects as a type of tax, most likely to pay palace workers with.

Because the cocoa plant needs particular conditions to grow and is very susceptible to disease, cocoa beans were prized for their rarity.

A 250g bar of chocolate contains hundreds of cocoa beans to achieve that intensely rich taste. We harvest cocoa beans from the cocoa tree, otherwise known as Theobroma cacao. Every cocoa tree produces fruit called a pod between 20-30 times each year, with each pod containing between 20 and 40 cocoa beans.

During production, the cocoa beans are turned into a chocolate liquor before additional ingredients are added. The chocolate is finally tempered to give it that satisfying snap and sheen.

In 1945, engineer Percy Spencer was researching radar. He stopped to have a look at a magnetron (which generates high-frequency radio waves) and suddenly realised the chocolate bar in his pocket had melted!

Realising that it must have been the magnetron that melted it, he tried putting in popcorn kernels, to see if they heated up too. They ended up popping everywhere, and he then tried an egg, which apparently exploded and covered a nearby coworker. But it was that chocolate bar that initially gave Spencer the idea to use these radio waves to heat food quickly, and he and his team went on to create the first microwave in 1947. It weighed 350 kilograms and stood nearly two metres high, but thanks to Japanese engineering, the microwave became compact and commercially available by 1967.

Although most dark chocolates typically have less sugar in them to preserve the deep, nuanced notes of cocoa, our 65% Supermilk chocolate has managed to break the mould, containing nearly as much cocoa as dark, but with even less sugar. Perfect for those who find the depth of dark chocolate a little too bitter, we’ve added a dash of milk, which doesn’t only result in an effortlessly creamy texture, but also naturally sweetens our chocolate, meaning we don’t need to add in much else.

In terms of ‘e-tailers’ we’re relatively prehistoric, predating the likes of Amazon and eBay with our online store. It wasn’t until 11 year later that we opened our first Hotel Chocolat shop, finally enabling our customers to see and sample the chocolates for themselves before purchasing.

In 2006 we bought our very own cocoa plantation in St Lucia, Rabot Estate – one of the reasons why we have such in-depth knowledge about chocolate is because we understand the conditions it needs to be grown in to ensure none of its intricate flavours are lost, from bean to bar. Since then we’ve opened up cafe’s, hotels and restaurants all over the world, won multiple awards, and started up our very own School of Chocolate; but we haven’t stopped there. We’re looking forward to growing more as a company, and we hope you’ll be able to join us on our journey.

We hope you’ve learnt something with our chocolate quiz! Feel free to use these questions in your own family quiz, or to show off your chocolate trivia in conversation over a variety H-box with friends.

Feel free to eat your way through the questions; try our high quality creamy white chocolate or our cocoa-rich Supermilk chocolate. Pop them in the microwave for a melted chocolate dip, or attempt to lure people to buy your used books by wafting a freshly made hot chocolate under their nose. 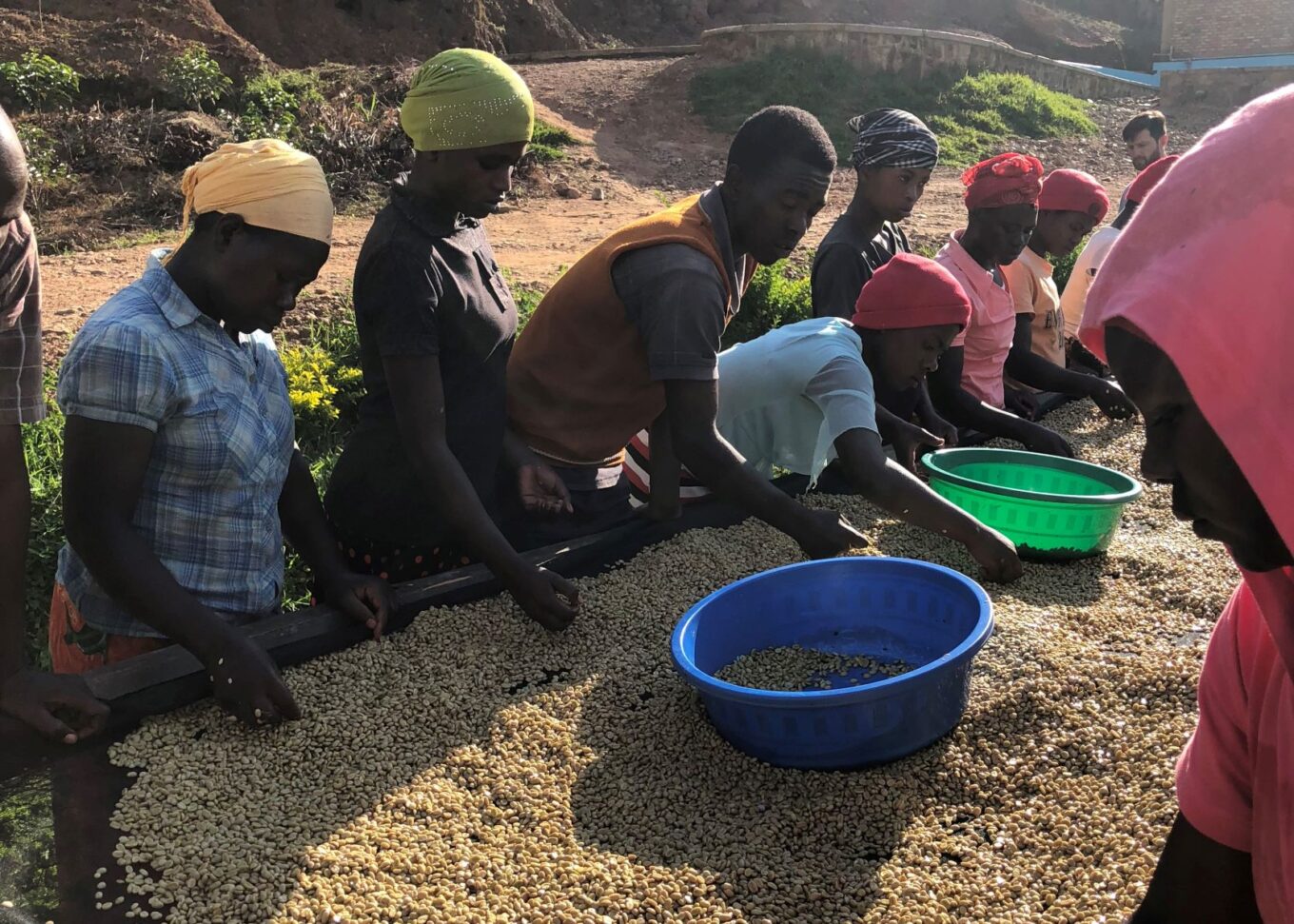 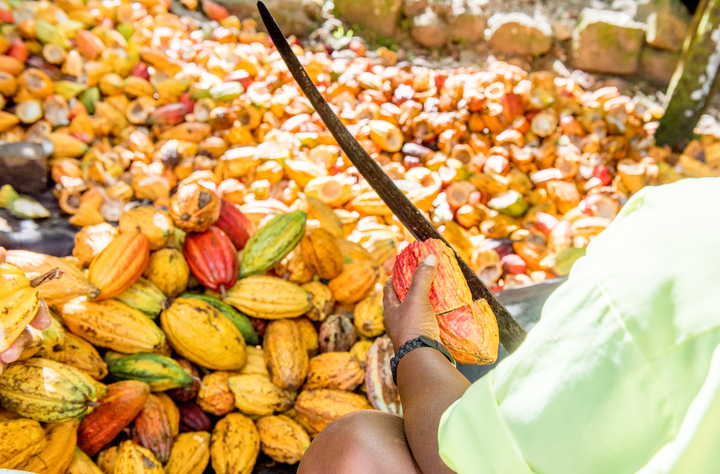 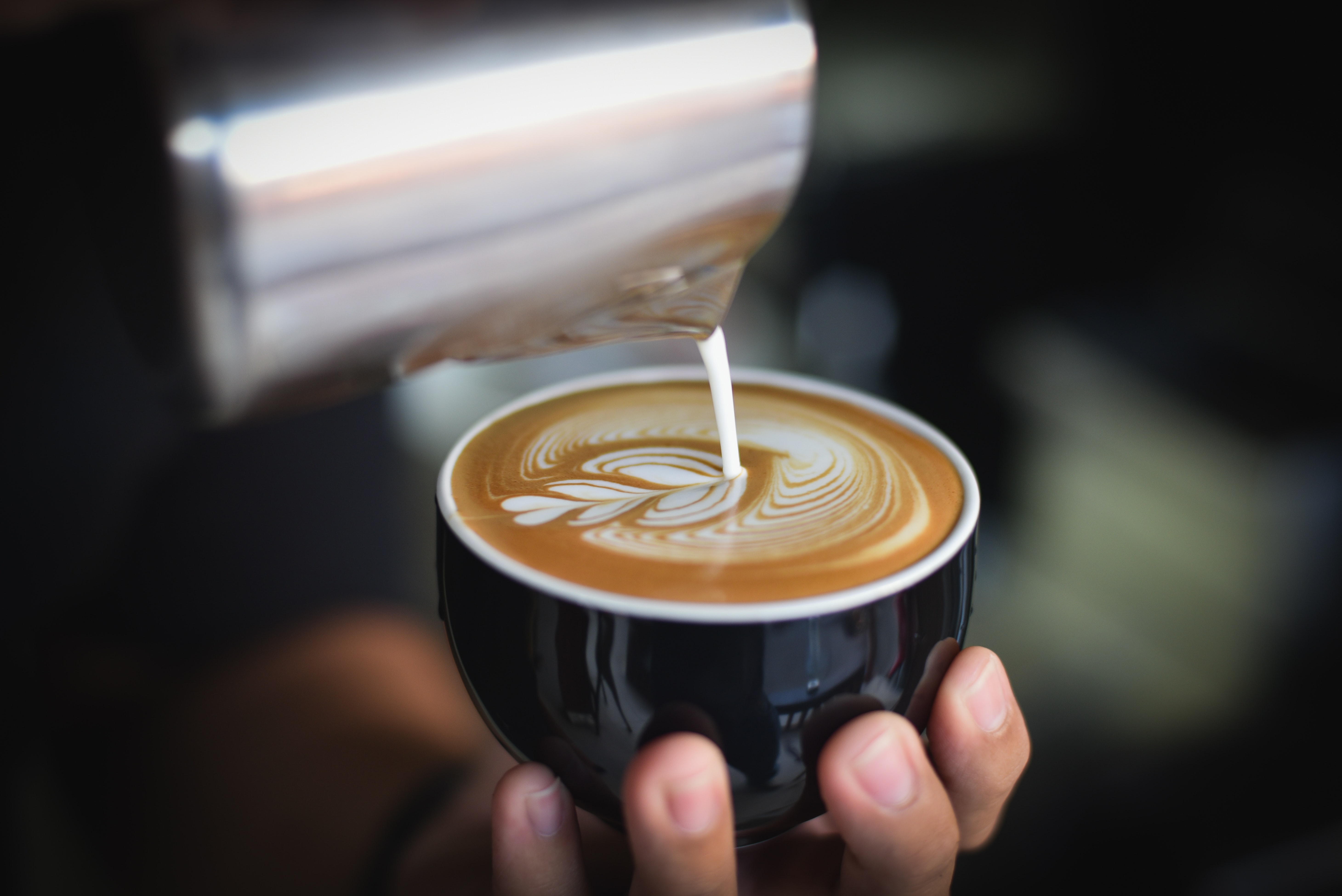 How to become a home Barista 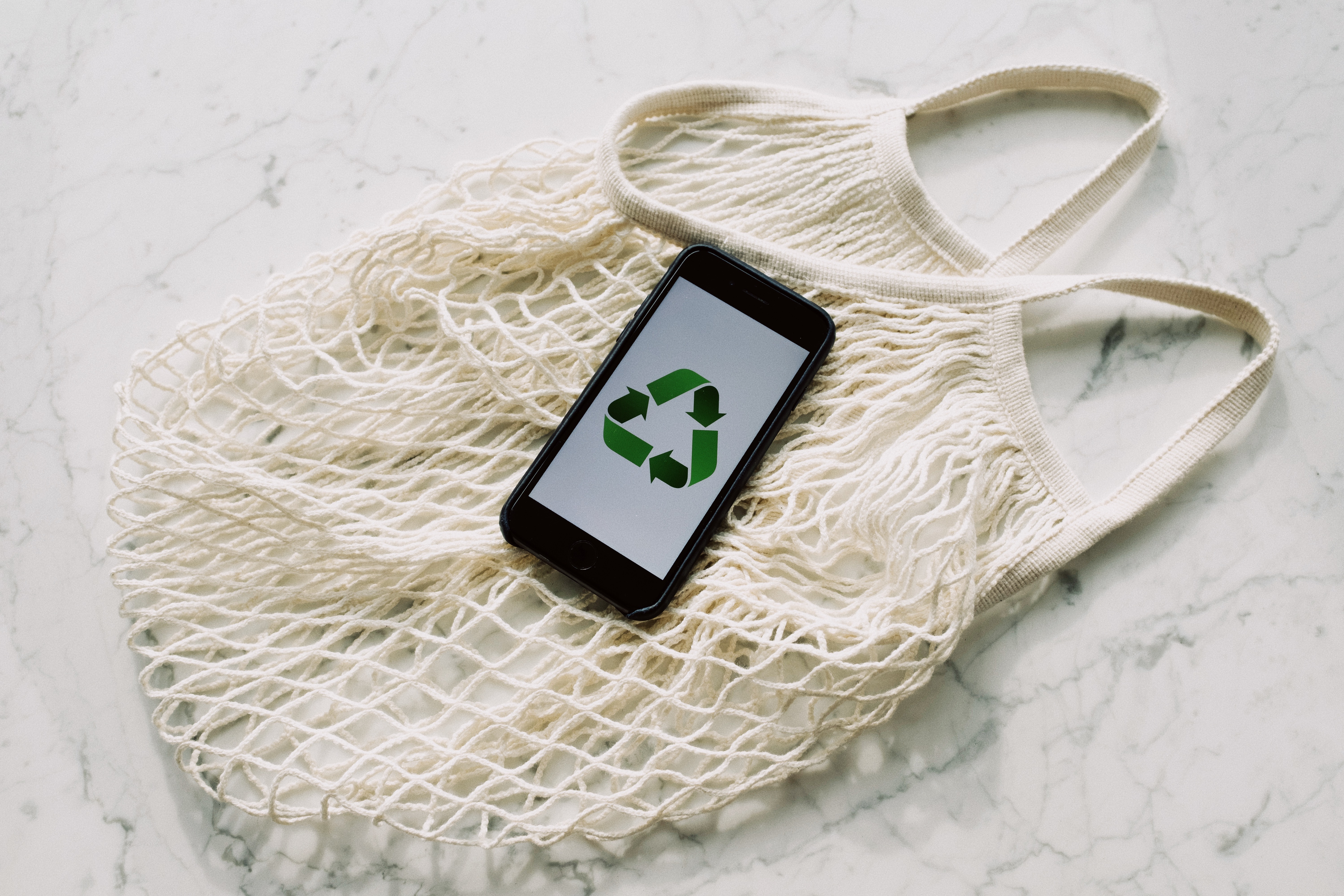