Sorry, it appears you are using a browser that is no longer supported by Hotel Chocolat. Please upgrade your browser to a newer version to continue a secure shopping experience.
Home When, Where and Why. 10 Christmas Traditions Explained.

When, Where and Why. 10 Christmas Traditions Explained. 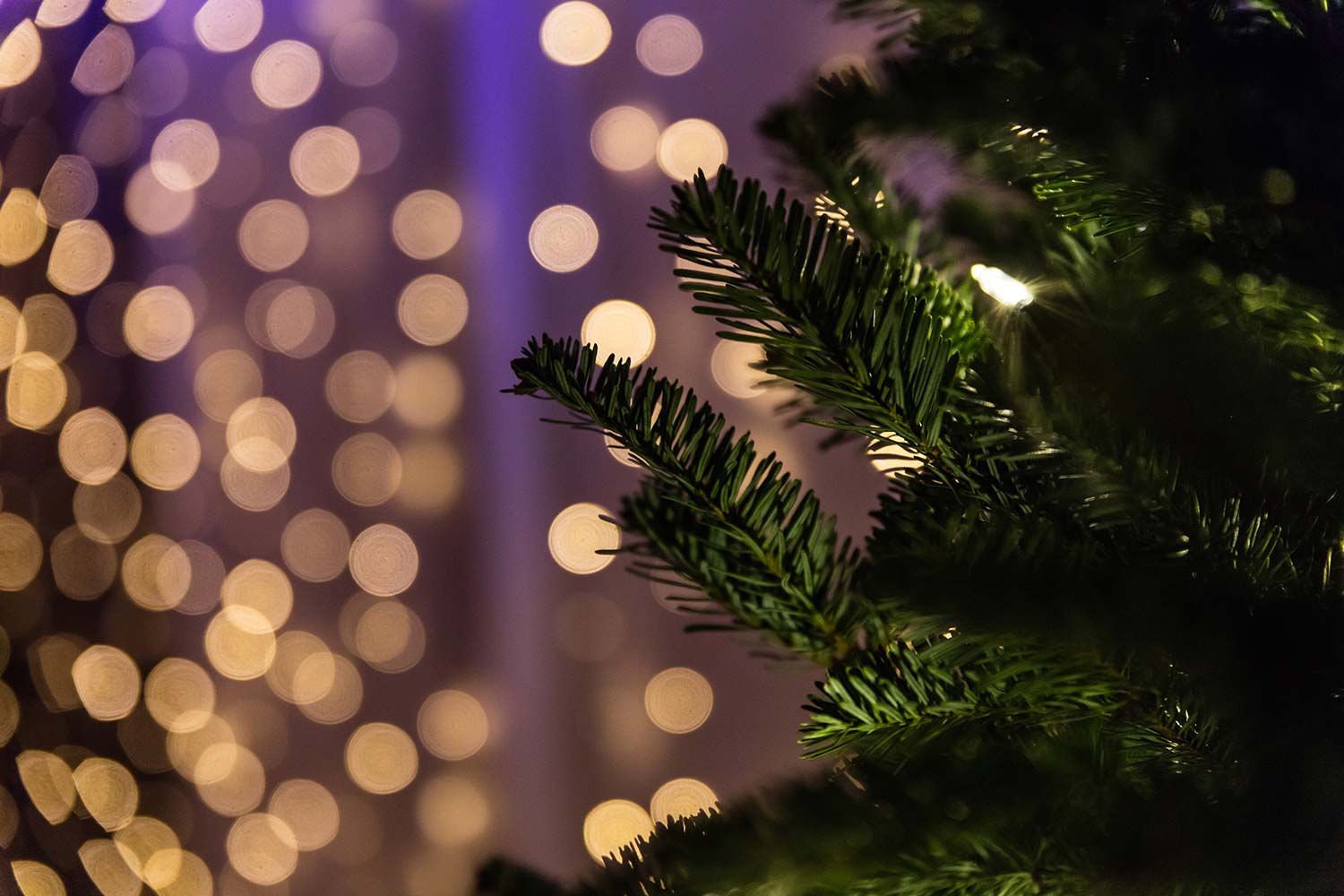 Snap! Where did the bang in your cracker come from? What once fortified skiing Scandinavian postmen? Why is there no mince in your mince pies?


1. Gather Around The Christmas Tree

Untangling a nest of lights from the attic and hoping they all illuminate is now a family Christmas tradition. While that fragrant smell of pine may seem like it’s been around forever, it wasn’t until 1848 that it seized our imagination. Germany were first to drag evergreens in from the forest in the 16th century. Over here it took royalty to popularise it.

Prince Albert largely gets the credit for making Christmas trees ubiquitous, but it was Queen Charlotte, German wife of George III, who first decorated a tree – as early as 1790. In 1848, a print showing the royal couple with their children was published in the Illustrated London News. News certainly spread, and Charles Dickens was soon referring to the Christmas tree as that 'new German toy'.

An alternative? You might prefer to gather around our Truffle Tree or decorate your branches with Mini Christmas Crackers. 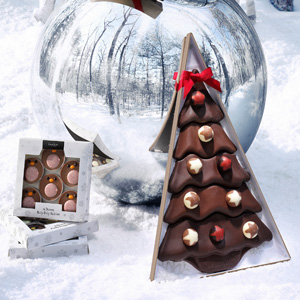 Mulled wine was once simmered to revive Scandinavian postmen on skis. What we in Britain call mulled wine is known elsewhere as Glögi or Glühwein. We think our posties struggle, but the original spiced liquor was given as a Christmas custom to those delivering mail across snow on skis or horseback! Depending on how many houses were visited, those ski tracks must have got increasingly wonky…

How to make it? Glögi begins with boiling water, then spices are added. After a few minutes’ simmering, the mixture is sieved and blackcurrant juice, wine or clear spirits are added. The most common spices in Finnish glögi are cloves, cinnamon, ginger, orange peel and cardamom.

Who were first? Ancient Greeks first heated and mixed wine with spices to preserve it. They called theirs ‘hippocras’ after Hippocrates, father of medicine.

Better served in chocolate? Try our Mulled Wine with a hint of bitter orange and pimento leaf or add our sachets to simmering wine. Perfect for your very own taste-off.

3. Advent Calendars - Chalking Up The Days

Like many Christmas traditions, the Germans got there first. Marking Advent dates to the mid-19th century, when German Protestants made chalk marks on doors or lit candles to count the days leading up to Christmas. Gerhard Lang is widely considered the producer of the first printed Advent calendar in the early 1900s. Lang’s calendar was inspired by one that his mother made for him with 24 cookies hidden in the lid of a box to open each day in the lead up to Christmas. He dropped the cookies, but kept the sentiment, marking each day with a coloured picture. Lang’s Advent calendars opened the door to a new family Christmas tradition.

We’ve come a long way If chalking it up doesn’t appeal, why not count down the days with skating penguins? Or go grander, our Grand Advent hides daily luxuries from Salted Caramel Vodka to zesty clementine, fragrant Cinnamon Bun chocolates to award-winning Cocoa Gin. 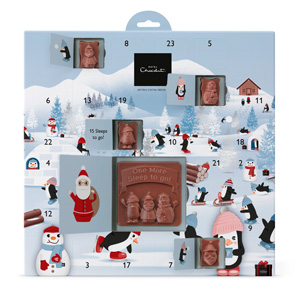 Burning a Yule log is an ancient Nordic tradition, first recorded in 1184. The term Yule or Yuletide was a festival celebrating the winter solstice. The festive party started by hauling in that ‘just right’ log from the forest floor to burn during the Twelve Days of Christmas. Pagan celebrations must have allowed for large dwellings, as this was not just a log, but a sizeable part of a tree! So big in fact, the remainder would be saved to burn the following year. And we think we have it hard dragging boxes of baubles down from the attic…

Foraging further We went to great lengths to make our chocolate Yule log authentic – namely to an elm forest close the Welsh border. Those ingrained grooves of bark were 3D-scanned, captured and cast in deep, nibbly, sliceable praline with a crispy bite. 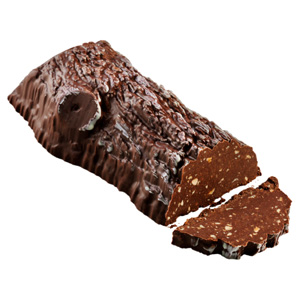 “Oh bring us some figgy pudding…” – they’re classic lyrics to bang your spoon along to, and another term for Christmas pudding, also known as plum pudding. Its origins stretch back to the Middle Ages and a porridge made with mutton, beef, raisins, currants, prunes and spices, known as ‘frumenty’, eaten as a fasting meal to prepare for Christmas festivities. By the mid-17th century it had evolved to become thicker, and developed into a dessert with the addition of eggs, dried fruit and alcohol. Traditionally it’s made a week before Advent on what is known as ‘stir-up Sunday’.

A new twist Our Christmas pudding is served with salted caramel vodka and irresistible dark chocolate that melts into the mix. Now that certainly beats mutton porridge! 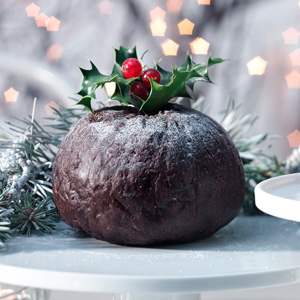 The word ‘wreath’ comes from the Old English ‘writhen’, meaning ‘to writhe or twist’, and they’ve been around a while. Wreaths were once Roman status symbols, hung on doors to mark conquests in battle and your position in society – the original one-upmanship. To the ancient Greeks they were sporting trophies – their winning athletes were given laurel wreaths. We know what you’re thinking, yes, that is why you’ll still see sprigs of laurel engraved on Olympic medals.

Christian in origin, it was the Lutherans in the 16th century who first created the Advent wreath: green foliage represents everlasting life, and the circle the never-ending cycle of God.

An alternative to holly and berries? Try a new Christmas tradition: our festive wreaths studded with cookies or cast in vegan-friendly Colombian dark chocolate with hazelnuts and raisins.

Saint Nicolas, a Christian bishop who helped the needy, struck gold when he started this Christmas tradition. Yes, we have him to thank for leaving stockings out over the fireplace. He was known as the gift giver, and legend has it he sent bags of gold down a chimney at the home of a poor man who had no dowry for his unmarried daughters. A lucky strike, the gold fell into stockings left hanging out to dry. This bishop with a very good aim was later referred to by the Dutch as Sinterklaas – the origin of our very own Santa Claus.

Stocking, chocolate, or both? Hang up a keepsake which Sinterklaas has already filled – we can’t promise gold, but chocolate comes a close second. 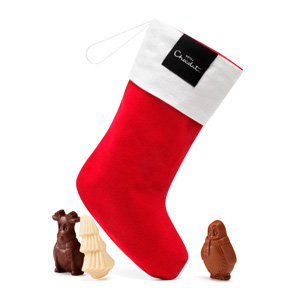 8. Why No Mince In Mince Pies?

Why are they called ‘mince pies’ when they’re packed with dried fruit and no meat? Mince pies made their journey to Europe in the 13th century, when crusaders returned from the Middle East. Originally the large, oval-shaped ‘shrid pie’ of Tudor times consisted of a mixture of minced meat, suet, a range of fruits, and spices such as cinnamon, cloves and nutmeg. The sweeter tooth of Victorians meant the meat disappeared, good call.

Serve it in chocolate For our Alternative Mince Pies our chocolatier vetoed dried fruit in favour of intensely treacly hazelnut praline and award-winning creamy milk and caramel truffles. Our 40% milk pastry case was modelled, folded and perfected from a paper version, created by our in-house chocolate sculptress. Here’s how they originated in her sketchpad. 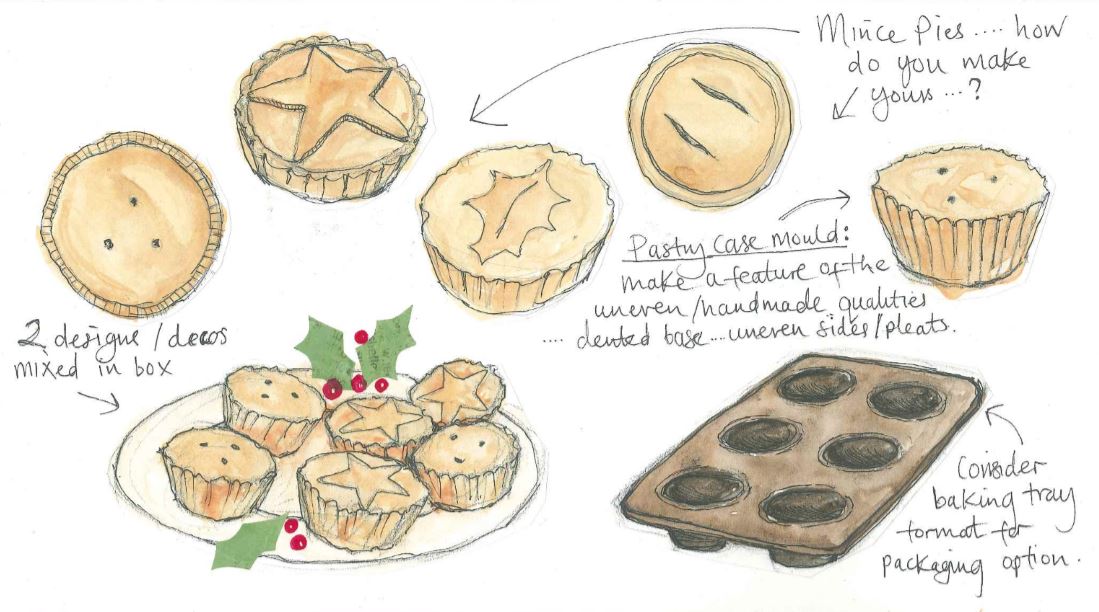 9. Christmas Crackers - Where Did The Snap Come From?

That light-bulb moment originated in a corner sweet shop in London. Inspired by paper-wrapped French bonbons, sweet-maker Tom Smith thought began to wrap his confectionery with mottos and riddles. Nice, but not snappy until he found a way to make them ‘crack’ when pulled apart – and then sales really took off. The tradition passed on to his sons who added hats and novelty gifts.

Snap! From bonbon beginnings to our Rather Large Cracker – measuring over two feet and packed with an authentic snap we like to think Tom Smith would have been proud of!

Ding dong merrily! Where did it all begin? The word ‘carol’ itself comes from the ancient Greek 'choros', which means ‘dancing in a circle’, and from the Old French word 'carole', meaning ‘a song to accompany dancing’. In the Middle Ages beggars seeking food, money or a glug of mead would wander the streets singing holiday songs. Not music to everyone’s ears, Christmas carols were banned by Oliver Cromwell in 1647 – he felt Christmas should be a solemn day. Bah humbug! Christmas customs became much jollier in Victorian times though – think Jingle Bells and We Three Kings.

However you celebrate, we wish you a merry Christmas!