Hotel Chocolat
DARK CHOCOLATE
UK Click & Collect Available For 95p
Delivery Options
Sorry, it appears you are using a browser that is no longer supported by Hotel Chocolat. Please upgrade your browser to a newer version to continue a secure shopping experience.
Home 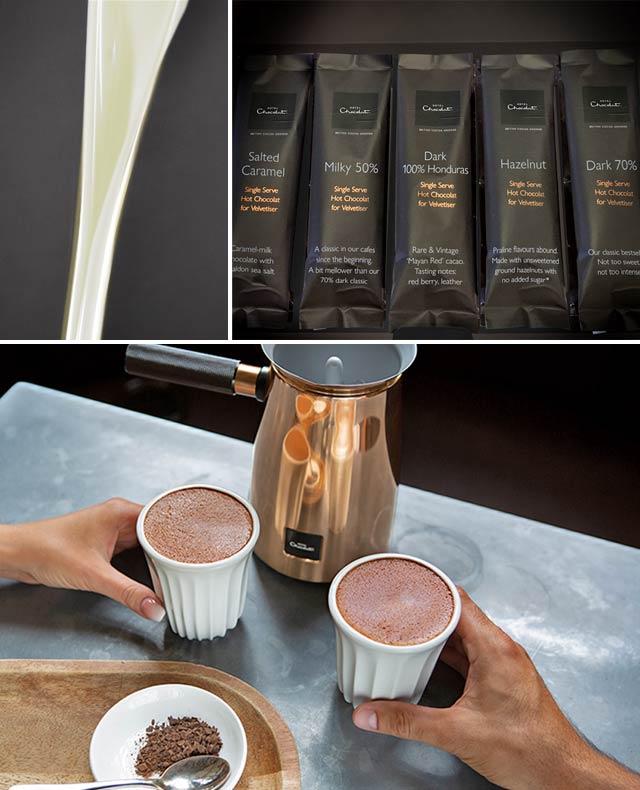 At Hotel Chocolat, we’re building stronger links between chocolate lovers and the farmers who grow cocoa. We believe growing cocoa for chocolate deserves the same respect as growing grapes for wine.

That’s why we’ve spent over 15 years working with the Osuben cocoa farming community in Ghana and built a strong ethical trading partnership with more than 180 farmers in Saint Lucia, the home of our Rabot cocoa estate.

Wherever in the world we buy cocoa, we look for people who share our values. In 2014, we visited Colombia’s northern Sierra Nevada region to discover more about its rare cocoa and buy cocoa from farmers working in ethical cooperatives.

Colombia is home to some of the world’s finest cocoa varieties dating back thousands of years. But unlike the country’s coffee beans, no one has heard much about them. That’s partly because farmers have been overwhelmed by 60 years of civil war and the drugs trade.

And while Colombians love chocolate – they eat about 50,000 tons a year – almost all that rare and vintage cocoa is lost in low-quality bulk production.

For example, more than 99.5 per cent of the cocoa grown worldwide contains anthocyanin, which gives beans a purple colour when the pods are first opened and adds a slight bitterness to the flavour.

But in a rare genetic quirk, some of the white Criollo cocoa varieties growing wild in Colombia contain no anthocyanin at all, making them very mellow.

"And because they have a guaranteed purchase at higher prices it will become sustainable,”

The vision is to transform the lives of thousands of Colombian cocoa-growing families seeking a peaceful and prosperous future.

In 2016, Cacao de Colombia received a $1.15 million investment from USAID and ethical fund Acumen with a target of including 1,200 farmers living in Tumaco, Arauca and Sierra Nevada.